Cuban tourism in the face of U.S. pressures 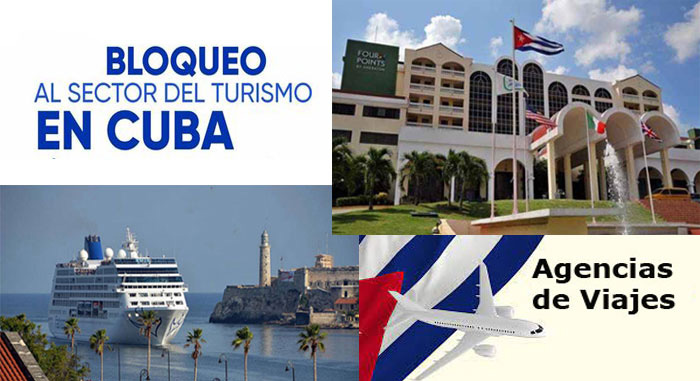 Cuban tourism in the face of U.S. pressures

Then President John F. Kennedy signed a document that already had strong backgrounds since the triumph of the Cuban Revolution in 1959 and set a precedent that has been reinforced today.

The blockade, reflected in the financial, commercial and economic barriers, affects all spheres of Cuban society, as authorities comment on a daily basis, while the travel industry in the country has a Sword of Damocles hanging over it for that reason.

Tourism is one of the most affected areas by the unilateral measures taken by the United States against Cuba, according to a good number of reports.

Such is the case of the document on the Update on the effects of the economic, commercial and financial blockade imposed by the United States of America against Cuba, where this economic field is one of the most damaged.

This is an important issue when Havana presents its reports on the matter at the United Nations, such as the draft resolution calling for an end to the blockade imposed for more than six decades on Cuba.

The Update essentially covered the period from April to December 2020 and outlined such effects on all economic sectors of Cuban society.

It stated that travel was a recurrent target of attacks.

A good example of the the measures adopted in recent years is the suspension of private charter flights from the United States to the entire country, except for Havana, whose frequencies were also limited.

Likewise, the authorization for persons subject to US jurisdiction to attend or organize professional meetings or conferences in Cuba was eliminated.