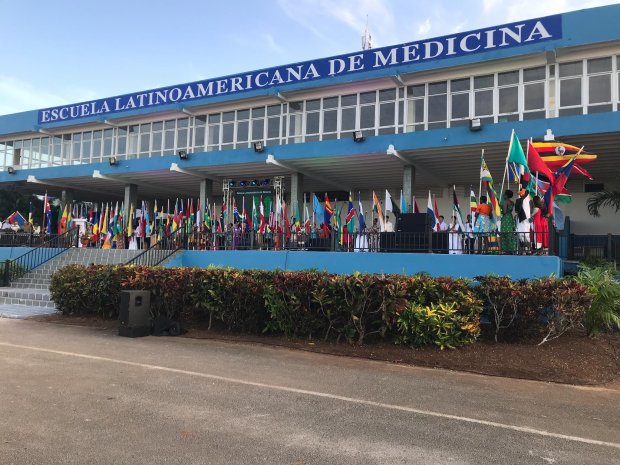 They were accompanied on the trip to Havana by Gail Walker, executive director of IFCO-Pastors for Peace, it was announced at a press conference given by the president of the Cuban Institute of Friendship with the Peoples (ICAP, in Spanish), Fernando Gonzalez.

Pastors for Peace is one of the organizations in the United States that opposes Washington’s blockade against the island and collects donations, among other actions in favor of the Cuban people.

Some 200 US students have graduated from ELAM, which is an international university based in Havana, from where around 30,000 young people from 103 countries have graduate as doctors.

The world accompanies Cuba in the battle against the US blockade, the president of ICAP affirmed.

González indicated that friendship organizations, citizens and governments from all over the world reject the economic war the US government is waging against Cuba.

This was expressed last weekend when caravans with such a demand took place in 19 countries and more than 60 cities, among them eight US cities, he recalled.

The ICAP president informed about the upcoming activities of that institution, including the visit of the executive secretary of the World Peace Council, Iraklis Tsavdaridis, who will participate in the 7th International Seminar against US and NATO Military Bases Abroad.

The forum will meet at its usual venue in Guantanamo (eastern Cuba), a village near the naval air base occupied by the Pentagon against the expressed will of Cuba, and which is Washington’s oldest military facility outside its territory.