Military revolt lidered by Chavez is remembered in Venezuela 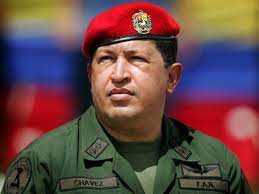 Military revolt lidered by Chavez is remembered in Venezuela

The first vicepresident of the Venzuelan Socialist United Party (PSUV, in Spanish) Diodado Cabello, one of the liders of the event, headed the delgation that attended to that place to pay tribute to Chávez, who mortal remains lay in the mausoleum of the Cuartel de la Montaña, located in the 23 de Enero parish.

Other participants in the revolt that began in the moring of the February 4, when military raised against the neoliberal government of the former president Carlos Andrés Pérez.

On February 4, 1992, in an attempt to restore dignity to the nation, a group of military patriots under the command of the young Lieutenant Colonel Hugo Chávez organized a rebellion, which despite its failure, marked the beginning of the end of an era of corrupt and decadent representative democracies.

With the so-called Operation Zamora, with the participation of members of the Bolivarian Movement MBR-200, based on the thoughts of Simón Bolívar, Simón Rodríguez and Ezequiel Zamora, a civic-military uprising was carried out with the purpose of overthrowing the corrupt government.

About 2,362 men took up arms, among them five lieutenant colonels as visible heads of the movement, followed by 14 majors, 54 captains, 67 second lieutenants, 65 non-commissioned officers, 101 sergeants and at least 2,000 enlisted soldiers.