President of Venezuela highlights popular nature of the 4F rebellion 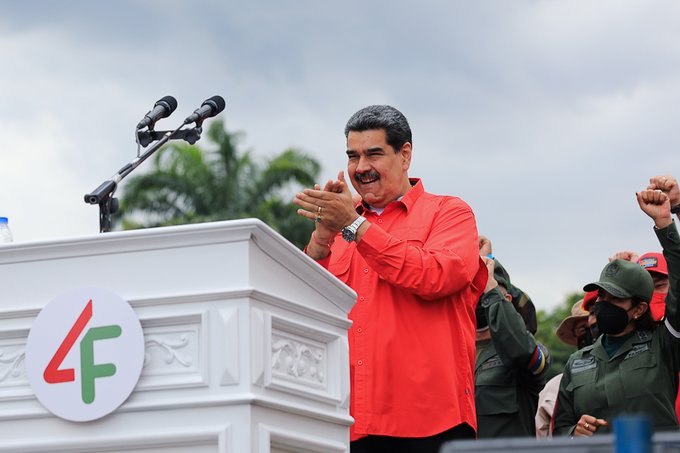 President of Venezuela highlights popular nature of the 4F rebellion

Speaking before a massive rally held in Caracas in tribute to the 30th anniversary of the 4F insurrection, the president stressed that after three decades of tough and complex battles, Venezuelans continue to be victorious in permanent revolution and rebellion.

Chávez and the Revolutionary Bolivarian Movement 200 broke into history when capitalism declared its victory over the peoples of the world and prepared its plans to colonize the countries of Latin America and the rest of the world with the power of the International Monetary Fund (IMF), stressed Maduro.

He recalled that rulers then intended -under the dictates of the IMF- to open the doors and deliver the country’s wealth to the neoliberal model, which provoked the popular uprising of February 27, 1989, known as the Caracazo which was brutally repressed.

In this scenario of discontent and social rebellion, the patriotic military movement led by Hugo Chávez was conceived, in whom the historical project of Simón Bolívar was resurrected, the head of state asserted.

The president of Venezuela recognized the heroism of that brave generation that “faced this people, subjected to betrayal for centuries.”

In this sense, Maduro asserted that the deed of February 4, 1992 was a revolutionary, Bolivarian and humanist rebellion against the corrupt oligarchy and against the imperialism of the International Monetary Fund.

“From the Venezuela of February 27, February 4, 1992, of the armed confrontation, Chávez built together with our people a path for peace, for democratic progress, for the empowerment of the people,” the dignitary pointed out.

Maduro also highlighted the strength of the civic-military union, affirming that popular consciousness can face the threats and attacks perpetrated against the South American nation by the United States Government in recent years.

Likewise, the president ratified the commitment of the Bolivarian Government to advance in the economic recovery and in the strengthening of social protection programs to rescue the welfare state violated as a consequence of the economic aggressions against the country.