Russians in Ivanovo region condemn US blockade against Cuba 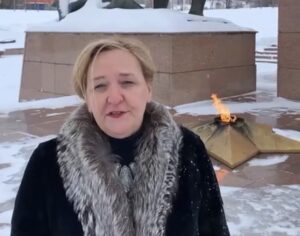 Russians in Ivanovo region condemn US blockade against Cuba

In statements to Prensa Latina, the Russian activist pointed out that for the population of that territory defending Cuba’s freedom from Washington’s aggressive policy has a special meaning.

With a space dedicated to the history of relations between the two countries on the Russian YouTube channel Europe for Cuba, Shevchenko recalled the brothers Jorge and Aldo Vivo and Enrique Villar, three Cubans who lived in Ivanovo and fought “for the freedom of their second homeland” against the Nazi invasion during the Great Patriotic War (1941-1945).

On February 3, members of Cuba solidarity organizations and movement in Russia recalled that 60 years ago, then US President John F. Kennedy approved the executive order legalizing Washington’s blockade against Cuba.

Academic Leonid Savin, president of the Fidel Castro Foundation in Moscow, rejected the intensification of US policy against Cuba in recent years, which he described as genocidal and in violation of international law.

He stressed that Washington maintains its policy of double standards on Cuba by putting pressure on other nations to take sides against the island nation, while ignoring the call from the international community to eliminate the blockade.

The editor of the Internet website Geopolitica.ru called on all citizens in any country to demand that the United States stop the illegal blockade and sanctions against Cuba.

For her part, Ekaterina Andreeva, a young translator for the Russian YouTube channel Europe for Cuba, described as a “real crime” the economic, commercial and financial blockade imposed by the world’s largest power against the “Island of Freedom”.

In a conversation with Prensa Latina, she also rejected the countless fake news and propaganda against Cuba that is being spread by Western media and social networks, at a time when Cuba is going through an economic crisis caused by the US blockade and the global impact of the Covid-19 pandemic.

“Cuba is a bastion of democracy. It is an island of socialism and freedom, and its successes in the field of education and health care, in the fight against colonialism and imperialism, tell us that all that propaganda is a hoax,” she commented.