New and traditional figures opt for the presidency of Costa Rica 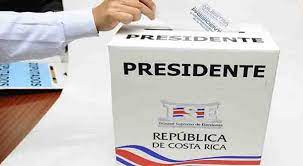 New and traditional figures opt for the presidency of Costa Rica

San José, Feb 5 (Prensa Latina) A businessman and a former World Bank executive are the new figures who, along with the traditional ones of a former president, a former vice president and two former candidates, opt today for the first magistracy of Costa Rica.
Share on facebook
Share on twitter
Share on whatsapp
Share on telegram
Share on email

These six are the presidential candidates, of the 25 registered, with the highest percentages of intention to vote for the general elections on Sunday, where the little over 3.5 million Tico voters will also choose the two vice presidents and the 57 deputies to the Legislative Assembly for the period 2022-2026.

Although the new candidates held positions of minister or deputy minister, they had never before ran to lead the destinies of this Central American nation, while the remaining four have done so, same as presidential candidates, as well as for the vice presidency, as is the case of the only woman among the six candidates.

The economist and former deputy minister is Eliécer ‘Eli’ Feinzaig, who is the presidential candidate of the Liberal Progressive Party, while former World Bank executive Rodrigo Chaves is of the Social Democratic Progress Party.

In that same group is the evangelical pastor, former deputy (2014-2018) and former presidential candidate for the National Restoration Party Fabricio Alvarado, who in 2018 won the first round of the general elections, but lost to Carlos Alvarado in the ballot. Now he is trying again to reach the Presidential House, but with the New Republic Party.

Also part of that quartet, José María Villalta, the only deputy of the leftist Broad Front Party from 2010 to 2014 and in the period 2018-2022. As a presidential candidate in the 2014 elections, he came in third place with just over 15 percent of valid votes, unusual for a leftist candidate.

According to the results of the most diverse opinion polls, Figueres Olsen, with close to 17 percent, is at the forefront of the voting intention of Costa Rican voters, followed by Saborío (13), Alvarado (11), Chaves ( 8), Villalta (7.5) and Feinzaig (5.7).

However, political analysts consider that all this could change on Sunday, since there are about 32 percent of voters who say they will go to the polls, but they still did not know who to mark their ballot to direct the destinies of Costa Rica from May 8, 2022 to May 8, 2026.

Due to this and the fact that none of those six candidates, of the total of 25, even reaches half of the necessary percentage, 40, to win in the first round, it is almost certain that a ballot will be held in April between the two candidates who obtain the most valid votes on Sunday.

Cuba prioritizes healthcare for children and adolescents with cancer

Cuba prioritizes healthcare for children and adolescents with cancer