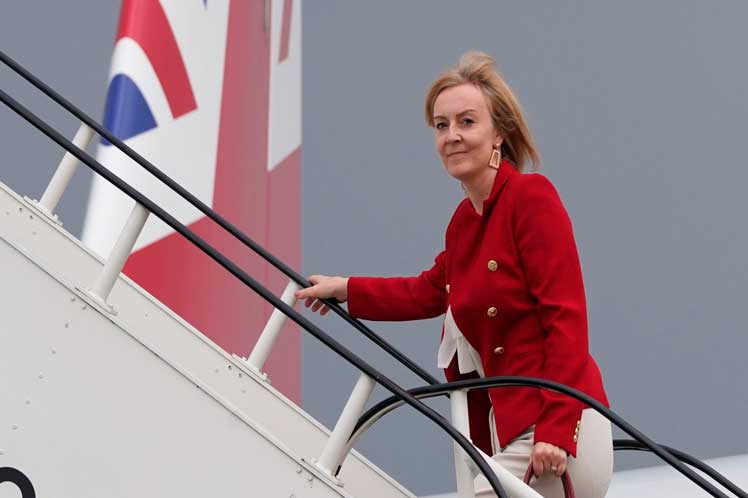 A diplomatic source informed the TASS news agency that Moscow accepted the British request for Truss to travel to Russia, while The Times newspaper assured that the visit will take place. Truss announced in recent days she would travel soon to Russia and Ukraine.

Truss’s possible trip will take place amidst tense relations between Moscow and London due to the actions of the British Executive in favor of the military strengthening of Ukraine, with the delivery of weapons and the dispatch of advisers.

Johnson declared on February 3rd to the Sky News network that the new package of sanctions prepared by the United Kingdom against Russia will be applied automatically and without prior discussion should a much-maligned invasion of Ukraine occur, and stated that British legislation was modified so that unilateral measures can be applied to both individuals and companies related to Russia’s strategic interests.

The spokeswoman for the Russian Foreign Ministry, Maria Zakharova, stated in recent days that London and Washington are looking for an external enemy and use the escalation of the situation in Ukraine to divert attention from their internal political crisis.

“It is not only obvious, it is proven that a political crisis is developing now in the UK, at the center of which is the prime minister, whose resignation the opposition is demanding,” Zakharova stressed.

However, the Prime Minister of the UK, Boris Johnson, and the President of Russia, Vladimir Putin, agreed in a telephone conversation on February 2nd that a worsening of the situation on the border with Ukraine does not benefit anyone.