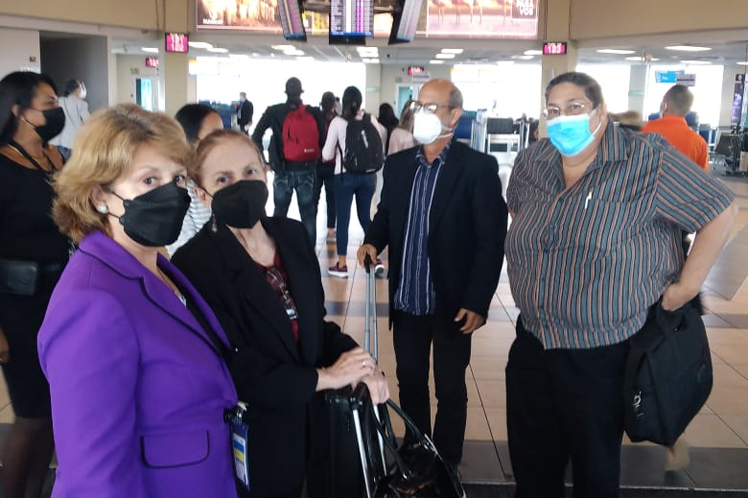 In addition to the president of the International Relations Commission of the National Assembly (AN, Parliament) of the island, the delegation is made up of deputy Rolando González, also secretary of commissions of the Parlatino Board of Directors.

Also part of the delegation is the deputy for the Artemisa Miguel Charbonet province, who is also the first vice president of the Education, Culture, Science, Technology and Communication Commission of the regional legislature.

The visitors were received at the Tocumen International Terminal, in this capital, by the Cuban ambassador, Lydia Margarita González, and parliamentary authorities from the region.

As part of its stay on the isthmus, the delegation will carry out a busy collateral agenda that includes meetings with members of the Parliamentary Group of Friendship with Cuba, members of the diplomatic representation of the island and the Martiana Association of Cuban Residents in Panama, among others. .

On Friday, February 11, the Parlatino Ordinary Assembly begins its sessions with Covid-19 as the central axis, as well as the election of the new authorities of the Board of Directors and Advisory Council for the period 2022-2024.

The forum’s keynote address will be given by the executive secretary of the Economic Commission for Latin America and the Caribbean, Alicia Bárcena, on the panorama of confrontation and the situation with the pandemic.