Half of Cuban population has received booster shot against Covid-19 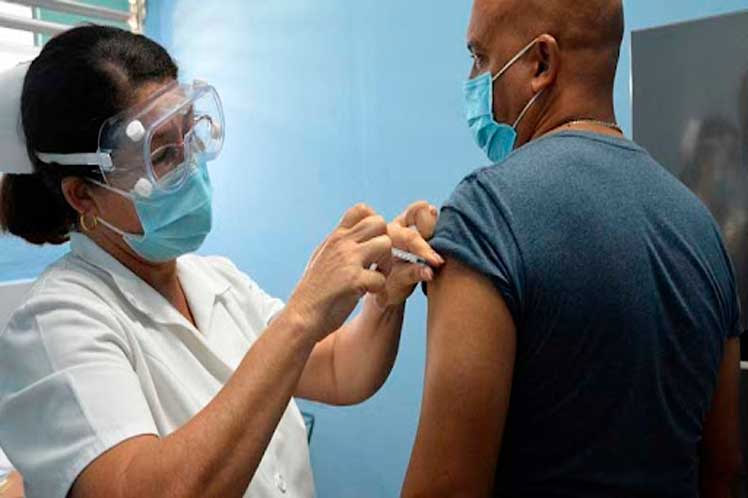 Half of Cuban population has received booster shot against Covid-19

Some 5,587,846 people of the nearly 11.2 million inhabitants of Cuba have received the booster shot, National Director of Epidemiology at the Ministry of Public Health (MINSAP, in Spanish), Dr. Francisco Duran, said.

Since the beginning of the vaccination campaign (May, 2021), the country has administered 34,551,520 doses of domestic vaccines Soberana 02, Soberana Plus and Abdala, the expert said.

He added that 88 percent of population has been immunized against the SARS-CoV-2 coronavirus, which causes Covid-19: this number rose by 774 on a single day, totaling 9,843,502.

Cuba, which, due to the outbreak of the Omicron variant in December, 2021, decided to strengthen its inhabitants’ immune system, has been ranked among the 20 first nations in the world regarding the total number of booster shots administered per 100 inhabitants.

It has been ranked first regarding the number of doses per 100 citizens since late 2021, according to the statistics website from the University of Oxford, Our World in Data.