US increases military presence in Romania 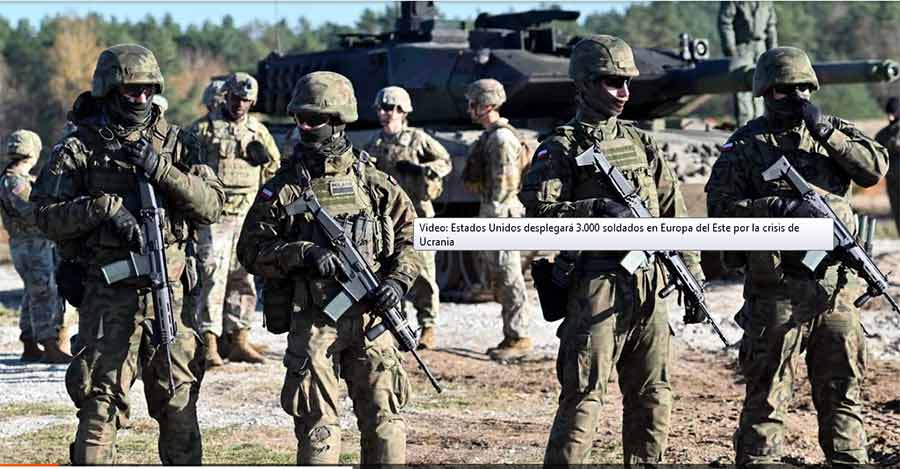 US increases military presence in Romania

Defense Minister Vasile Dancu confirmed that the advance party will be in charge of organizing the deployment of a future contingent here, without providing details on the timetable and to which military bases they will be assigned.

The United States announced earlier this month that it was sending an additional 3,000 troops to Eastern Europe, including those who arrived in Poland on Saturday.

Other NATO member countries announced their intention to reinforce the alliance’s military presence in the Black Sea region.

The deployment comes amid a Western onslaught against Moscow and evidence-free statements by politicians and media about an alleged invasion of Ukrainian territory.

Dmitry Peskov, spokesman for the Russian presidency, stated that such reports are unfounded and seek to escalate tension in the area, while stressing that his country does not represent a threat to anyone.

The spokesman did not rule out the possibility of provocations from the West to justify such statements and warned that attempts to solve the problem in southeastern Ukraine by force would have serious consequences.

In Europe the positions are divided and during these days the issue was the subject of debate in several forums and state visits.

Today, the presidents of France, Emmanuel Macron, and Poland, Andrzej Duda, arrived in Germany for talks with Federal Chancellor Olaf Scholz on the situation within the framework of the Weimar Triangle.

This format, activated in 1991, is used to agree on common positions on cooperation issues, according to Christiane Hoffmann, deputy spokesperson of the German executive, and the meeting takes place when the three nations assume positions of leadership at international level.

Germany is chairing the G7 in this first half of the year, France is at the head of the Council of the European Union and Poland heads the Organization for Security and Regional Cooperation.

Other countries in the area such as Bulgaria and Hungary declined pressure and opted for dialogue to settle the differences between Moscow and Kiev.