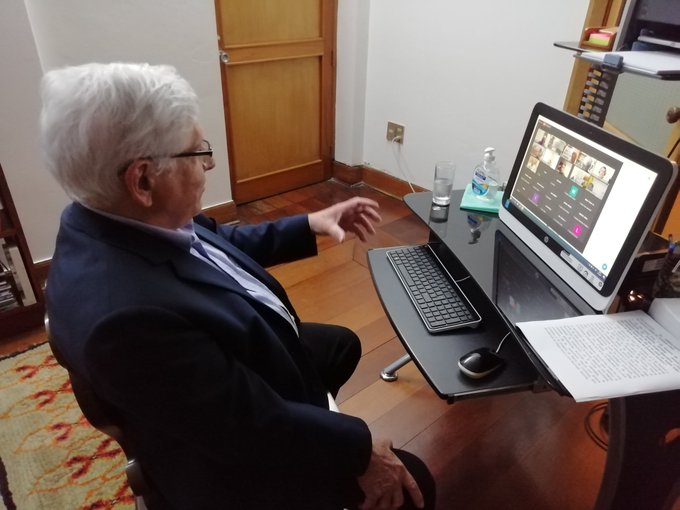 In an online forum, he recalled that he was a Cuban representative to the United Nations two decades ago, when the motion demanding that Washington put an end to the economic, commercial and financial blockade against Cuba was approved by 59 votes, with only three against: the United States, Israel and Romania.

He said that when the Cuban delegation was seeking support for its project, there were diplomats from various countries who expressed their skepticism because they did not believe that a small country had a chance of winning the vote against the nation that had remained, after the fall of the European socialist camp, as single great power.

He indicated that the votes in favor of the motion increased from year to year and the abstentions and absences decreased and in 2016 there were no votes against and only two abstentions. In the last vote, in 2021, 184 countries voted in favor, an overwhelming majority, the diplomat highlighted.

“An African representative, congratulating us on that victory, told us: ‘you have achieved what no one has been able to since the end of the cold war: defeat the United States”, Zamora recalled and said that victory left a political lesson and a diplomatic one.

“He taught that when a cause is just, and based on real arguments and correctly stated ideas, people have no choice but to take it into account,” he explained.

“The rejection of the blockade as an expression of the international community, demonstrated that an aggression against international law, which seeks to impose on the rest of the peoples and conditions of vassalage to the rest of the countries, no matter how capitalist and friends of the US they may be, is not acceptable”, he said.

“We were and are defending, not only the right of Cuba but that of all countries. And that victory, which has been repeated 28 times in the UN, we consider it an example of how to do international politics and diplomacy”, said the veteran ambassador.

On the other hand, he pointed out that the United States established the blockade to destroy the Cuban Revolution and has not abandoned that objective it maintains, currently using new ways, such as the use of its technological power and the management of Internet networks to impose its concepts and dominate minds and wills.

The veteran social fighter and political leader Ricardo Gadea also participated in the forum, who lived in Cuba at the beginning of the Revolution and made a presentation on the context of confrontation raised with the aggressions and acts of sabotage by the United States against the revolutionary measures, responded with new socialist decisions.