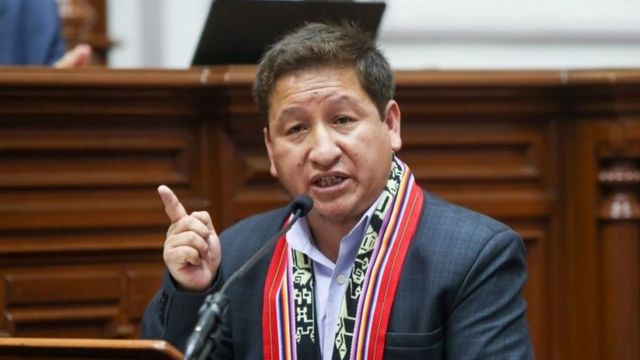 To illustrate the attitude of this political sector, he said that if the president were to appoint some notorious right-winger as Prime Minister of the cabinet installed last night, the extreme opposition would continue to insist on seeking presidential vacancy.

He condemned a statement by far right-wing parliamentarian Jorge Montoya, in which he compared the new cabinet to a madhouse and argued that the only way forward is vacancy.

“I think it is the other way around. It is Montoya who should be in an institution, I see him with an obsession out of control, torpedoing the government”, the MP from the ruling party, Peru Libre, which has three of its members in the new cabinet, said.

He recalled that Montoya and his party, Renovacion Popular (RP, in Spanish, Popular Renovation), has proposed the presidential dismissal (with anti-communist arguments) since the first day of Castillo’s government, whom they resisted to recognize as president.

According to him, the far right wing bloc formed by RP and the groups Avanza País and Fuerza Popular sabotage the national economy and the government’s work in order to take control of the country.

On the other hand, most of the press media, opponents to the government, launched immediate criticisms to the new Prime Minister, Anibal Torres, accusing him of having a confrontational attitude due to vehement statements of rejection to press media hostile to Castillo and to the parliamentary opposition.

Lebanese Council of Ministers holds session prior to elections

Lebanese Council of Ministers holds session prior to elections