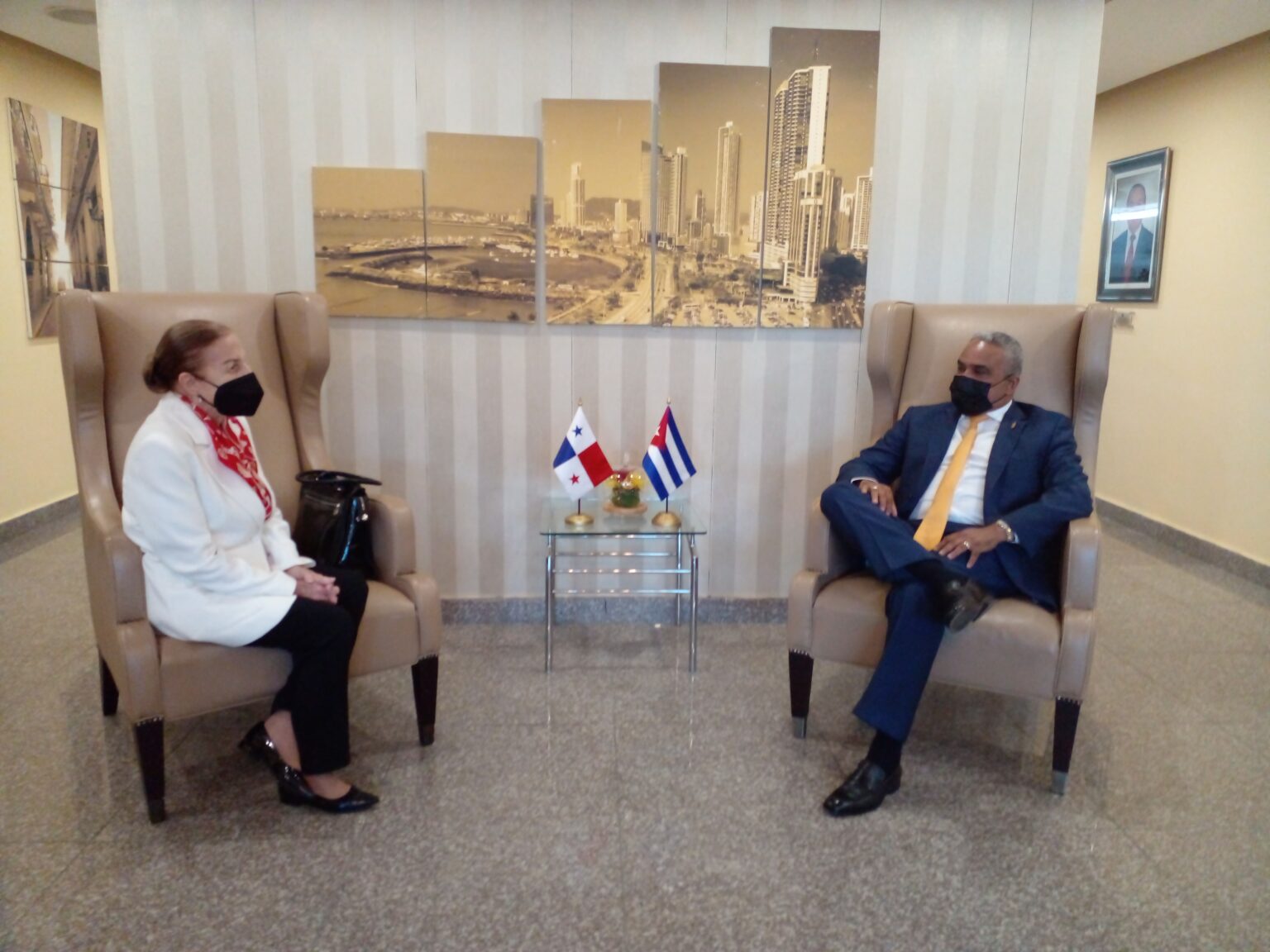 Lopez received, in a courtesy visit, Lawmaker Yolanda Ferrer, head of the International Relations Commission of the Cuban National People’s Power Assembly, who was accompanied by Ambassador to Panama Lydia Margarita Gonzalez.

At the fraternal meeting, Ferrer expressed gratitude on behalf of the Cuban lawmakers and people, as well as affection for the Panamanians, due to the close historic ties, and highlighted Cuba’s interest in consolidating relations between the legislatures. She also invited his counterpart to visit Cuba.

Ferrer also thanked Panama for its support for the Revolution and its current challenges, an expression of which is the contributions from the Parliamentary Group of Friendship with Cuba, headed by Deputy Juan Esquivel.

She explained the impact of the economic, commercial and financial blockade imposed by the United States, which turned 60 on February 3. The Joe Biden administration, Ferrer explained, has maintained all 243 coercive measures approved by his predecessor, Donald Trump, even in the midst of the Covid-19 pandemic, which have deprived the Cuban people of access to medicines and technologies.

However, she stressed, the spirit of resistance and the development of science, as conceived by Fidel Castro since the 1960s, has made it possible to present five vaccine candidates and approve two vaccines to achieve independence and the immunization of 88 percent of the population, including children over two years of age.

In this sense, the expert pointed out that more than half of workers in scientific centers are women, but women are a majority and leading role in various sectors of society, based on the academic training acquired and their qualities as professionals.