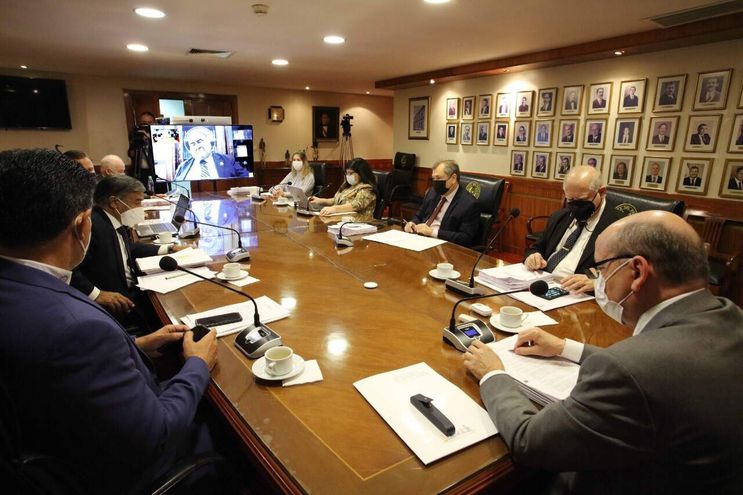 The new step in the process, which dates back to 2020, continues now with requests for reports to the Attorney General’s Office and the Supreme Court of Justice about judges and prosecutors involved in pressure and blackmail, added ABC.

Jorge Bogarín, president of the Jurado de Enjuiciamiento de Magistrados, reported that these documents will facilitate investigations into those involved in serious cases of usury by former sports leader Ramón González Daher.

The information received by the court about the accused, who was sentenced to only 15 years in prison -he added- will make it possible to remove from their positions during the process the jurists who were accomplices in the usury of González Daher.

“We need to read, one by one, the cases, analyze terms, what was done and what was not done. It is quite an arduous task and we need a specific group of lawyers to analyze those documents,” he told ABC.

This phase of the scandal exploded due to the deficient prosecution of 157 cases of usury, money laundering and false denunciation of Gonzalez Daher, denounced by the Sentencing Court.

The new prosecution of magistrates occurs in the midst of another process of accusations in the legislative media against judicial agencies such as the Attorney General’s Office, for shelving complaints against Paraguayan politicians.

According to local media, these revelations, uncovered on February 3 before a parliamentary commission by the Minister of the Interior, Arnaldo Giuzzio, aggravated the serious judicial crisis the country is going through.