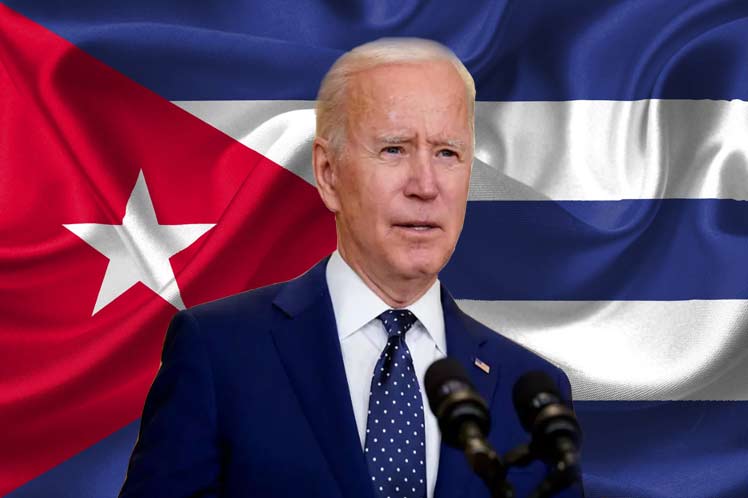 The demand was made on social networks during a successful worldwide tweeting campaign launched on Wednesday, activist Carlos Lazo, coordinator of the initiative, said in a video sent to Prensa Latina.

The messages from the US, Cuba and other parts of the world went directly to Biden’s Twitter account with the call to eliminate the coercive measures that cause suffering to the Cuban family, he explained.

At the same time, Lazo thanked “all people of good will who united to demand the end of the blockade,” and called to continue the battle for the end of those economic, commercial and financial coercive measures imposed on Cuba for more than six decades.

The Cuban professor living in Seattle, a promoter of the Bridges of Love project, has said in different public statements that the Democratic president continues to fail to comply with his electoral campaign’s promises when he affirmed that if he reached the White House, he would reverse the failed policies on Cuba by his predecessor, Donald Trump.

However, more than a year after taking office, he has made no progress on issues such as the reestablishment of family remittances, nor has he reopened the consular services interrupted by Trump.

He has not even allowed US citizens to travel to Cuba and direct flights to different Cuban provinces are still suspended.

February 3 marked the 60th anniversary of the signing of Executive Order 3447 by the then President John F. Kennedy, with which the Democrat occupant of the White House formalized the blockade policy that had been imposed on Cuba since the triumph of the Revolution on January 1, 1959.