43rd anniversary of the Revolution celebrated in Iran 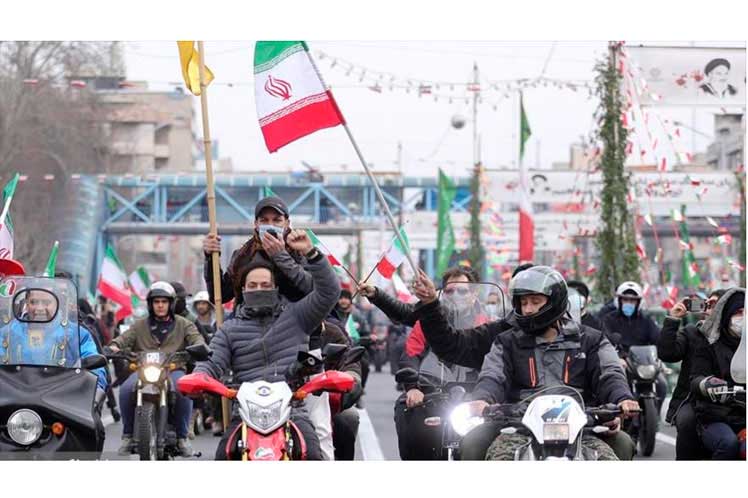 43rd anniversary of the Revolution celebrated in Iran

In his message, Iranian President Seyed Ebrahim Raisi expressed confidence in the support of his people to advance in the economic challenges ahead, and said that the future of the country does not depend on foreign decisions.

Raisi made a direct reference that Iran’s policies do not depend on what happens in the Vienna (Austrian capital) dialogues for the revival of the 2015 nuclear pact and the decisions of the United Nations in New York (US).

Since the early hours of the previous morning, images allegorical to the date were projected near the main tower of Azadi (Freedom) Square, in the center of this capital.

On this occasion, the parade in Freedom Square and in other cities was carried out in vehicles and motorcycles to avoid contagions due to the compliance with sanitary measures due to the current Coivid-19 outbreaks.

With the marches, Iranians put an end to 10 days of national festivities, locally called the Dawn Decade, a period that began on February 1, the date on which Imam Khomeini returned from exile.

The festivities are extended until the tenth day after the definitive victory of the Islamic Revolution, then February 11, 1979.

That liberating action put an end to the dictatorial regime of Mohamad Reza Pahlavi, who from September 16, 1941 until his overthrow had looked after Washington’s interests in the region.

More than twenty messages from different states congratulating the Iranian authorities on the occasion were reported by the local media, including those from Switzerland, Russia, China and Japan.