Debate in Bolivia on International Decade of Indigenous Languages 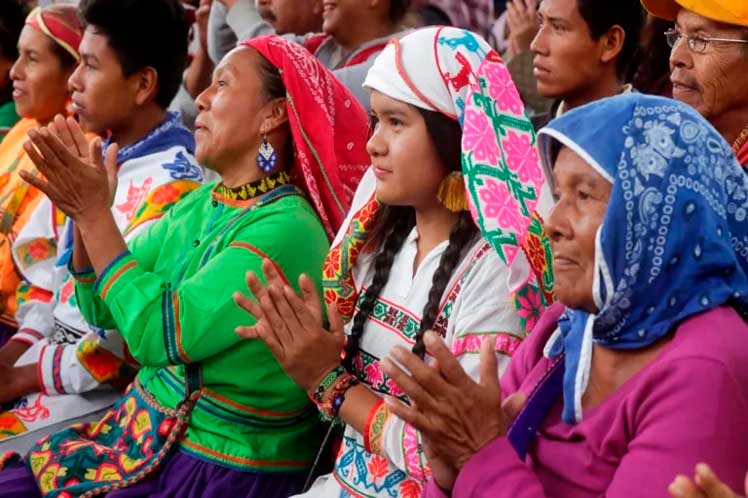 Debate in Bolivia on International Decade of Indigenous Languages

“In Latin America we have hundreds of native languages and it is estimated that 40 percent of them are in danger of extinction, the language is part of our culture, is part of who we are as a people and hence the importance of its safeguard and revitalization,” said the Foreign Minister, Rogelio Mayta.

Expressing his satisfaction for hosting this Friday the event called Cornerstone of the International Decade of Indigenous Languages, the head of the Bolivian diplomacy informed that La Paz will be the permanent headquarters of the Iiali, according to the statutes approved the day before.

He explained that this decision was made by the Intergovernmental Council of that institution, since its technical secretariat is the Fund for the Development of Indigenous Peoples of Latin America and the Caribbean (Filac), also based in this city.

Representatives of Bolivia, Colombia and Mexico, as well as guests from Ecuador, Guatemala, El Salvador, Panama, Peru and Paraguay are taking part in the discussions as full members of the Council by teleconference.

Technical bodies such as the Ibero-American General Secretariat, the Organization of Ibero-American States for Education, Science and Culture (OEI), Filac, as well as other guests, also attend to consolidate cooperation in this area.

The Iiali is the result of a long road of work in search of a consensus with the OEI member countries.

The institution aims to promote the conservation and development of these languages of Latin America and the Caribbean through the design and implementation of public and cultural policies to encourage their use, promotion and conservation.

At the initiative of Bolivia, the United Nations General Assembly proclaimed the International Decade of Indigenous Languages 2022-2032 to call attention to their serious loss and the need to preserve and revitalize them with the support of each country and internationally.

UN sources report that of the seven thousand languages existing on the planet, every two weeks an indigenous language disappears, a situation that endangers the survival of the language itself, the systems of life, knowledge, wisdom, science, the form of connection and interpretation of these peoples.