Cuba with 88.1 percent of the population vaccinated against Covid-19 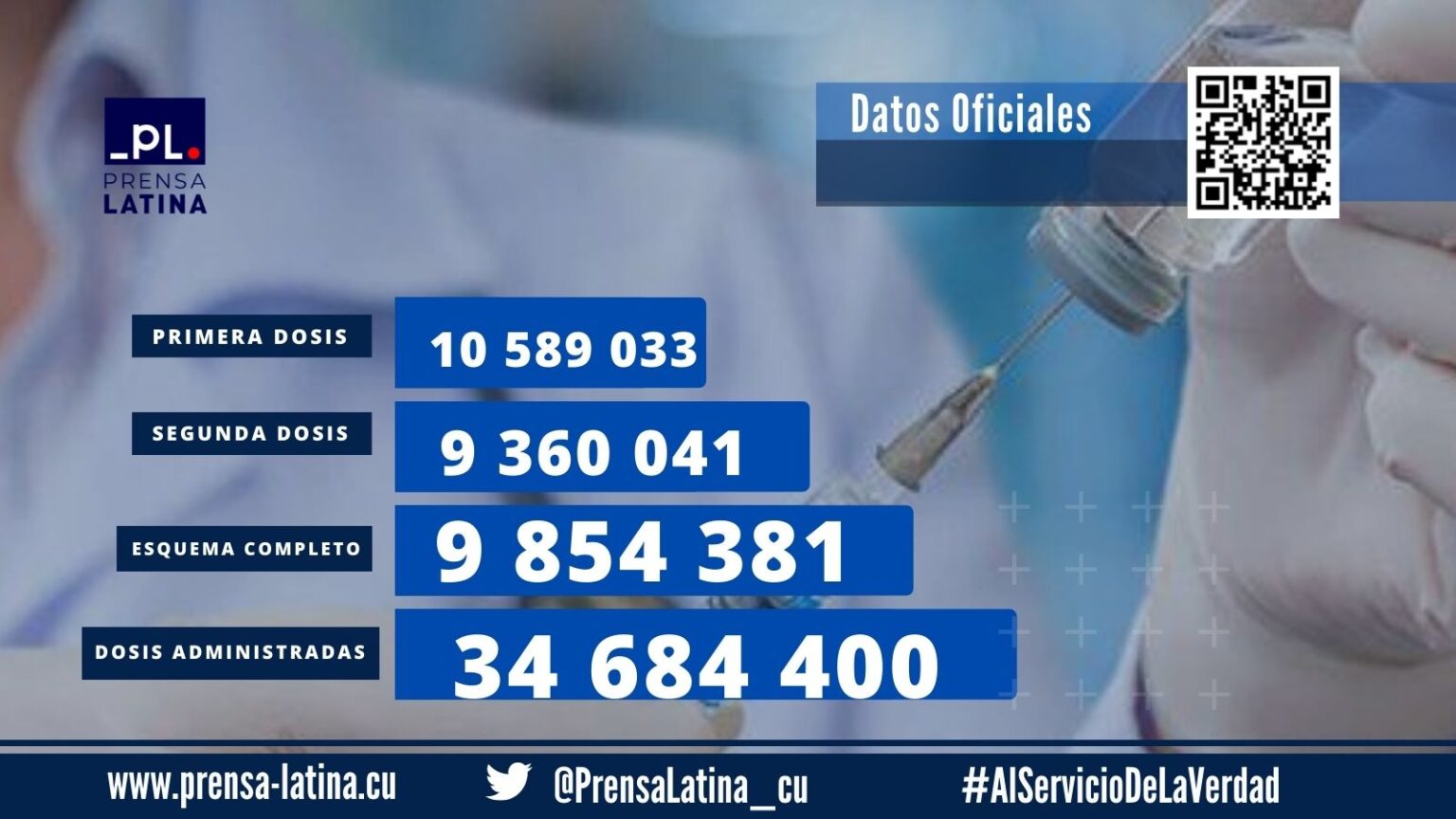 Cuba with 88.1 percent of the population vaccinated against Covid-19

Of that total, nine million 360 thousand 41 people already have a second shot of immunogens and the third, nine million 34 thousand 852, expanded the report of the Ministry of Public Health of the Antillean country (Minsap), closing on February 10.

In addition, five million 700 thousand 280 Cubans have had a booster drug, more than 50 percent of those classified by the authorities as vaccinable.

The accumulated doses administered climbed by 34,684,400, and with this, Cuba maintains the world leadership in the index per 100 inhabitants, ahead of Chile and the United Arab Emirates.

In this section, the statistics site of the British University of Oxford, Our World in Data, clarifies that all doses, including boosters, are counted individually and, as the same person can receive more than one, the number per 100 individuals can be more than a hundred.

The data of at least one injection in Cubans (10 million 589 thousand 33) also ratifies the island in third place in the world, only behind the United Arab Emirates and Portugal.

Of the global population, 61.7 percent received at least one injection of the vaccine against Covid-19 and 10.34 billion doses were administered internationally, compared to a first in only 10.6 percent of persons in the United States.