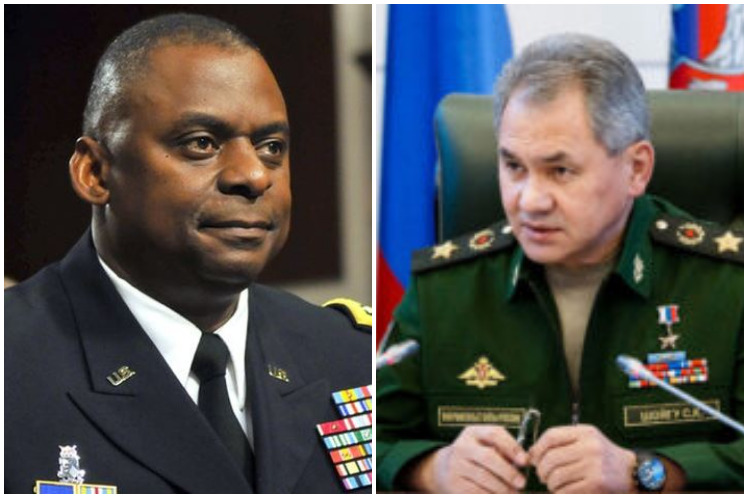 The Russian Defense Ministry did not clarify so far the details of the exchange, taking into account the escalation of tensions in Europe over Ukraine and Western statements on alleged Moscow’s plans to attack that country, which were denied by the Kremlin.

The day before, Shoigu held talks in this capital with his British counterpart, Ben Wallace, to whom he warned that Russia continues to receive no answers from the United States and the North Atlantic Treaty Organization (NATO) to its key demands on security guarantees.

He stressed that priorities of the documents include the refusal of the extension of the Atlantic alliance, the prohibition of strike weapons near the borders of this country, as well as the return of the military infrastructure in Europe to its position of 1997, when the Russia-NATO Founding Act was signed.

The Russian side noted that it is impossible to reduce tensions and build a strong European security architecture without solving these problems.

However, Shoigu stressed that his country is ready to consider proposals for restoring military interaction with London. According to the text, the military chiefs reached an understanding on the importance of continuing contacts through their respective ministries.

The Russian Defense Minister noted that the political and military situation in Europe is becoming increasingly tense and not because of his country. At the same time, he urged Western nations to help reduce tensions and stop arms supplies to Ukraine.

According to the Russian minister, he carefully examined the speeches of his British counterpart and his colleagues before the meeting.

“Unfortunately, we keep seeing constant threats of sanctions in every speech,” he commented.