Cuba reiterates its commitment to the Tlatelolco Treaty 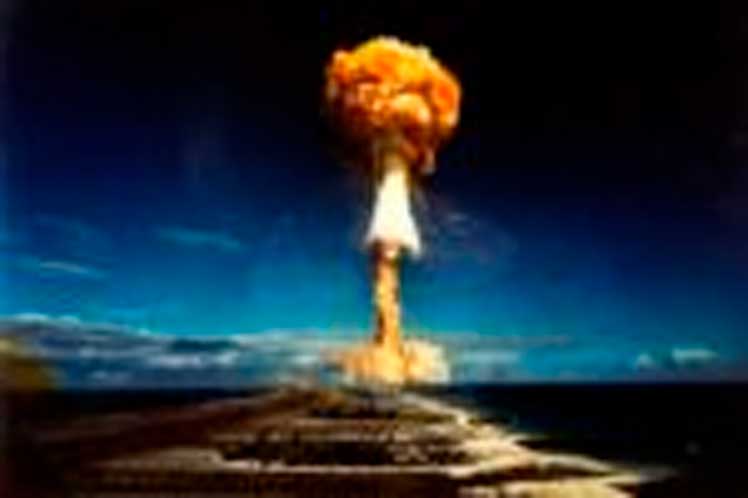 Cuba reiterates its commitment to the Tlatelolco Treaty

The Treaty for the Prohibition of Nuclear Weapons in Latin America and the Caribbean – known as the Treaty of Tlatelolco, Mexico – was ratified by all regional countries and its purpose is to prohibit the testing, use, manufacture, acquisition or stationing of this type of weaponry in this part of the planet.

It also commits the signatory nations to use nuclear material and facilities under their jurisdiction exclusively for peaceful purposes, thus establishing Latin America as the world’s first nuclear-weapon-free zone. This was followed by the South Pacific in 1985, Southeast Asia in 1995, Africa in 1996, Central Asia in 2006 and Mongolia, which in 2000 obtained international recognition as a nuclear-weapon-free state through a UN General Assembly Resolution.

With the Treaty, according to the preamble of the document, the Latin American and Caribbean countries seek to “contribute to putting an end to the arms race, especially nuclear weapons, and to the consolidation of a peaceful world, based on the sovereign equality of States, mutual respect and good neighborliness”.

However, the danger of a repetition of events such as the bombing by the United States of the Japanese cities of Hiroshima and Nagasaki at the end of World War II remains latent, because humanity continues to be threatened by the existence of more than 13,000 weapons of this type in the hands of a few countries.

Cuba concretely expresses its commitment to world peace and to the implementation of the Treaty of Tlatelolco and nuclear disarmament, under strict international control and in accordance with the principles of irreversibility, verification and transparency.

But at the same time it insists that the only guarantee against the threat of the use of nuclear weapons is their total elimination and in this regard the Treaty of Tlatelolco continues to be a legal and political reference for the world.