Russia and Brazil to analyze coop and international agenda in Mocow 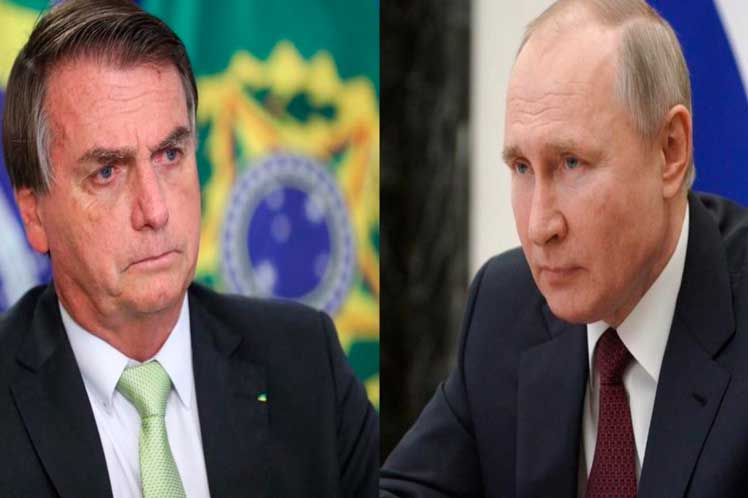 Russia and Brazil to analyze coop and international agenda in Mocow

Presidential spokesman Dmitry Peskov said Monday that Moscow and Brasilia have a wide bilateral agenda and during Bolsonaro’s visit they will analyze potential areas where interaction can deepen and expand further.

“It will also be a good opportunity to exchange views on current hot topics on the global agenda, including those we have been talking about for quite some time,” he said.

Speaking Friday in Brazil, Bolsonaro explained that his government is interested in fostering exchange on energy, defense and agriculture. He warned that “Brazil depends, to a great extent, on fertilizers from Russia and Belarus”.

According to Russian media, Bolsonaro also expects to meet with the president of the State Duma (Lower House of the Russian Parliament), Vyacheslav Volodin.

Another meeting he plans will be with representatives of the agro-industrial sector, including fertilizer producers, and of the energy sector (nuclear energy and gas production).

Last Thursday, the Russian Foreign Ministry spokeswoman, Maria Zakharova, said that the visit of the Brazilian delegation will include the first meeting between the two countries in the 2+2 format (foreign and defense ministers).

The heads of both nations will discuss their ties in the United Nations and its Security Council, the BRICS group and other international organizations and alliances.

According to Zakharova, they will also “examine some aspects of the Russian-Brazilian strategic partnership, including the strengthening of bilateral cooperation in the military and technical fields.”