NEMO calls to strengthen unity to fight US blockade against Cuba 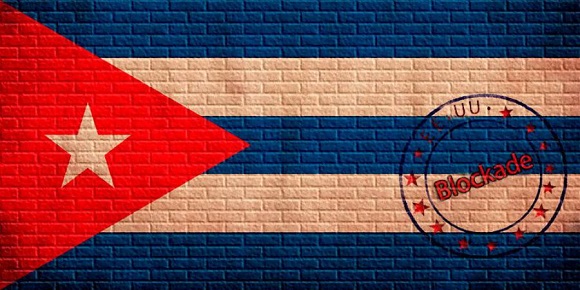 NEMO calls to strengthen unity to fight US blockade against Cuba

Unity is utmost importance at this time, because the enemies want to divide us, create confusion, divert us from the main battle that is to get blockade lifted, José Oro, NEMO´s member, told Prensa Latina.

Mr. Oro said many people and organizations involved that do not necessarily agree on other issues are deeply, but in the unanimous calls for the end of the blockade.

On behalf of NEMO, Mr. Oro reiterated his commitment to the Cuban people to continue battling out, and expressed his strongly rejection of unaccomplished promises by President Joe Biden, who has kept trump´s measures unchanged.

With more than 100,000 members, NEMO is an initiative that, from the United States, brings together efforts to do away with such coercive policy.

Born on January 28, 2021, in tribute to the National Hero José Martí´s birth, NEMO has achieved “an important impact both in major digital media and in some political instances,” Mr. Oro said in statements.

During this first year of life, NEMO members wrote, received and disseminated nearly 96,000 publications, over 913,000 comments and attended about 400 solidarity events including 80 caravans in seven states and in several countries.

Plus, NEMO members met with dozens of political personalities from the United States to report the truth about Cuba; and called in front of the UN headquarters for the end of the US blockade.

On June 23, 2021, Cuba won an undeniable victory as 184 countries (out of 193) voted in favor of the resolution “Need to end the economic, commercial and financial blockade imposed by the United States of America against Cuba”, opposing the United States and its unconditional ally Israel.

In experts´ standpoint, this hostile blockade -which qualifies as greatest violation of human rights in Cuba-, along with the attempts to promote internal subversion, are part of persistent goal of seeking the so-called ¨change of regime¨ in Cuba.