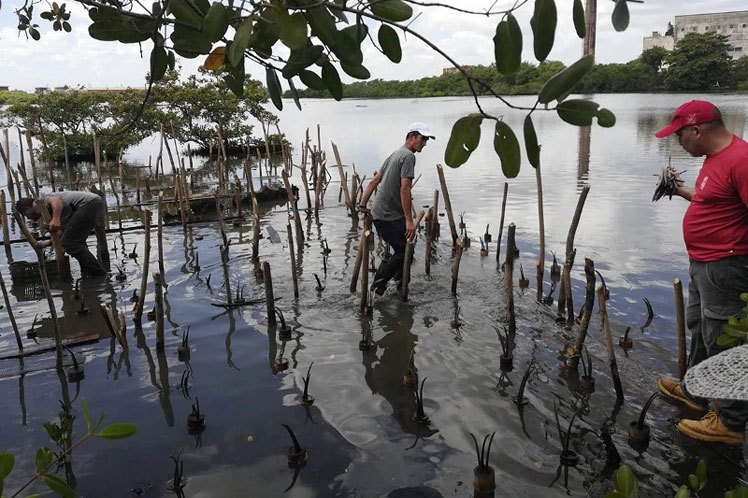 Maintenance in a channel and installation of water plants to treat the salinity of drinking water, are also included in the ecosystem protection program, indicated a study by the Matanzas subsidiary of the Ministry of Science, Technology and Environment (Citma)

According to Citma, this initiative responds to the objectives of the so-called Life Task (TV), a plan of the Cuban State approved in 2017 to face climate change, based on a scientific and multidisciplinary basis.

Considered the largest marsh in Cuba and the best preserved in the insular Caribbean, the Ciénaga de Zapata, occupies the entire southern portion of Matanzas, 180 kilometers from Havana, receives differentiated attention to protect people and natural resources, expanded the aforementioned portfolio.

The categories of Ramsar Site and Biosphere Reserve distinguish this region of 4,500 square kilometers and nine thousand inhabitants, one of the most unique sites in Cuba for its diversity of plants and animals.

The regulatory services of this wetland, expanded the communications, but forecasts indicate that between 2050 and 2100 it will lose part of its area due to the rise in sea level.

Among the consequences is the penetration of the salt wedge, fatal for the availability of drinking water and for the Havana-Matanzas plain, area with land of excellent agricultural quality.

According to specialized literature, wetlands are combined ecosystems that have the particularity of being permanently or temporarily flooded with fresh or salt water.

In addition to reducing coastal erosion, these estuaries mitigate flooding, act as a natural filter for water, provide man with a large number of essential resources for his life and constitute habitat for various species of the animal and plant kingdoms.