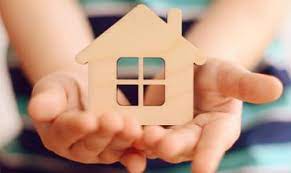 Officials of the entity recognized the management of the government led by the Sandinista National Liberation Front (SNLF) since its return to power in 2007, with the delivery of 126,376 houses and the projection for the building another 50 thousand in the 2020-2025 period, aimed at vulnerable groups.

The co-director of INVUR, Olivia Cano, said that the plan for this year is the concession of six thousand houses, and announced that the authorities identified 53 percent of the applicants in the programs from January 10th to February 15th.

The official alluded to the authorization of resources by the Ministry of Finance and Public Credit and the articulation with the municipal mayors, organizations and foundations of the sector for the realization of residential spaces dedicated to families in conditions of poverty.

More than 10,454 management or financing mechanisms favor people in unfavorable conditions, thanks to the execution of initiatives between the Central American Bank for Economic Integration (CABEI) and the Nicaraguan administration.

The Social Interest Housing Construction and Improvement Program, developed up to 95 percent, aims to build 11,025 houses, of which 9,632 will be new and 822 improved; as well as the relocation and provision of basic services for low-income citizens.