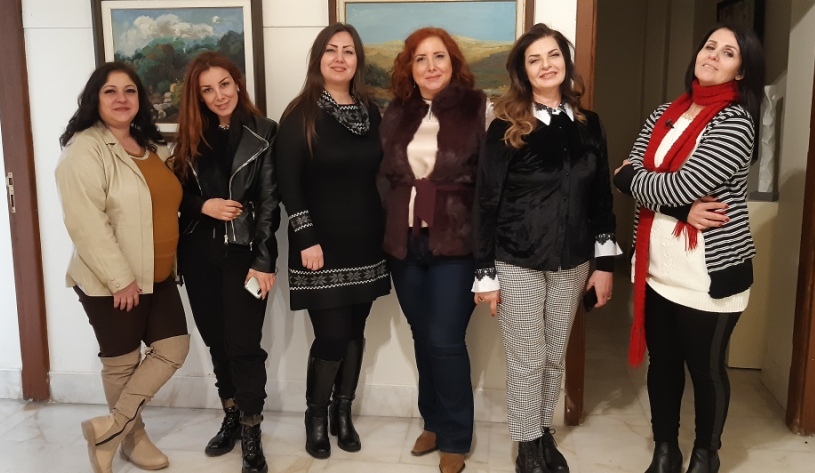 With their works, being exhibited in Damascus, these women reflected the different states of mind of Syrian citizens who face the hardships of the war and the blockade, in addition to other issues such as love, beauty and hope.

Lina Deeb, vice-president of the Union of Fine Artists, told Prensa Latina that the exhibition is the continuation of the artistic and social work the group has been doing since it was founded in 2018, and aims to highlight the role of the Syrian women in the reconstruction of the family, society, and show their artistic potential.

In turn, Mayada Kelesley, director and owner of the “Mishwar” Gallery that hosts the exhibition, noted that the impact of the war on the Syrian art movement was negative in some aspects, but it was also positive in others.

Sculptor Amal Zayat participates with five artworks that reflect abstract expressions of the human being with themes such as dialogue, coexistence, solidarity, happiness and the continuity of life.

Yusra Mohammad, a professor at the Institute of Applied Arts, wanted through four sculptures made of wood and basalt to distance herself from the war and express her inner self that, she says, tries to keep it pure and intact.

Sculptor Ola Hilal depicted in small-sized pieces some painful scenes of Syrian citizens, who have been forced to leave their country, however, they leave their heart, memories and roots.

Creativity, hope and feminism summarize the exhibition by all six female artists who demonstrate the ability to resist and overcome the war not with weapons, but with the will of art.