Ukrainian newspaper denounced the US blockade against Cuba 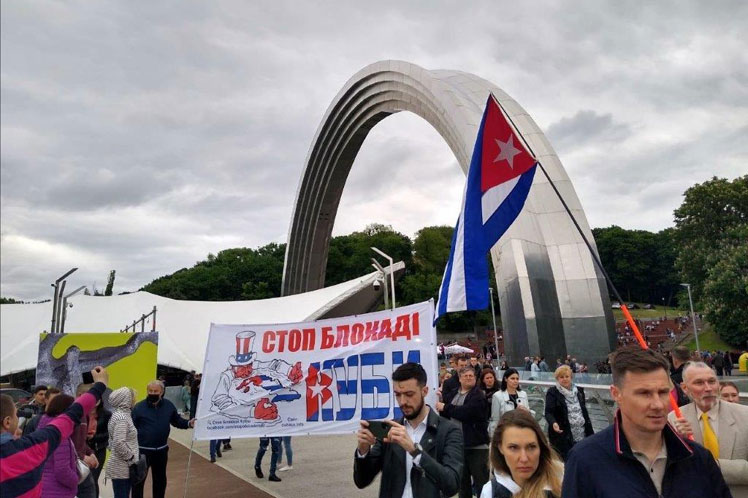 Ukrainian newspaper denounced the US blockade against Cuba

One of them refers to the objective of that U.S. policy, which for more than six decades has tried to asphyxiate the island and bend its young government, already since the first years of the revolutionary triumph of January 1, 1959.

It recalled the nationalization process carried out by the Cuban government and stressed that the United States never accepted any of the proposals presented by Havana to compensate the affected owners.

From the very first moment, Washington refused to apply the compensatory formula proposed by the island, which was fully compatible with international practice, the article pointed out.

Furthermore, it explained that the actions exercised by the U.S. authorities against the Island do not fall under the definition of “embargo”.

It warned that the coercive measures towards Cuba transcend that category and typify a “blockade”, by pursuing the isolation, asphyxiation and immobility of the country.

The Ukrainian newspaper stressed that such restrictions are aimed at suffocating its people and leading them to give up their decision to be sovereign and independent, which, it emphasized, it is the corner stone of the concept of “blockade”.

It also called attention to the extraterritorial nature of the blockade with the passing of the Torricelli Act in 1992, by sanctioning third nations by prohibiting U.S. subsidiaries in third countries from trading goods with the Island.

It showed how four years later, with the approval by Congress of the Helms-Burton Act, the White House intensified and strengthened even more its hostile policy against the Cuban people, a strategy it has maintained up to the present.

The articles were written by Mykhailo Baltianskyi and Victor Pasak, journalist Emeritus of Ukraine and president of the Ukraine-Cuba Friendship Association, based on a work prepared by the Cuban ambassador in that country, Natacha Diaz.