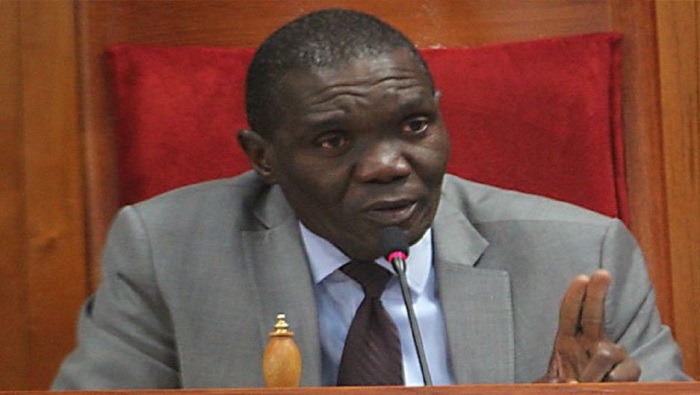 In a letter sent by Senate president Joseph Lambert to Police director Frantz Elbé, he questioned the use of tear gas to disperse workers who demand wages of 1,500 gourdes per day (just under 15 dollars), three times the current rate of 500 gourdes per workday (about five dollars).

“Taking into account the increase in the price of transportation in connection with the insecurity that badly hampers the traffic in certain areas, especially in Martissant and Croix-des-Bouquets, the vertiginous acceleration in the price of basic necessities and the high cost of living in general, you will be pleased, Mr. Director General, to admit that these workers were rightly claiming what they are owed,” the legislators said.

In this regard they invited the Police to initiate an investigation to establish the responsibility of the agents involved and punish the culprits.

Since last week thousands of textile employees have been demonstrating in the streets of this capital to demand the increase that will allow them to cope with high prices, and recall that their salaries have remained immobile since 2019, despite inflation.

At least 13 people, including a pregnant woman, were injured when officers repressed the long mobilizations, and protesters even denounced that at several points the police officers used live ammunition.

The Government promised this week to publish a decree with the salary adjustments, although without determining a date, while it called for calm in the sector.

Local media indicated that the Wages Council proposed a wage of 650 gourdes per day (about US$ 6,40) for the sector, a figure far from the demands, which could intensify the protest movement.