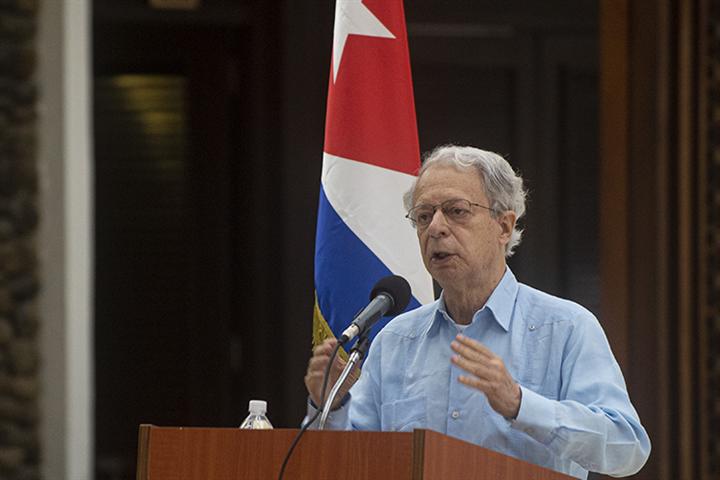 During the presentation of said program before the accredited diplomatic corps in the Caribbean nation, the specialist pointed out that the design of the Cuban strategy in this matter is based on Popular Education and, therefore, its main development is in the communities, where agricultural production is carried out.

Betto emphasized the importance of creating such a large grassroots movement as occurred in 1961 for the Literacy Campaign, when the country achieved the elimination of illiteracy and erased it forever from its history.

It is a vital issue for Cuba, he stressed, since it is unsustainable to maintain food imports worth over two billion dollars, almost 60 percent of what is consumed on the island, arrives from abroad.

Food is the first of human rights, hence the urgency of seeking all alternatives to guarantee it, said the advisor, who commented that although hunger does not exist in the Caribbean nation, there is a risk of food insecurity due to the economic blockade of the United States, the effects of climate change and other factors.

Betto said the Plan will address not only agricultural production for import substitution, but also comprehensively address life in productive areas, lacking generational change in the fields, due to professionalization and migration to the cities.

In addition, it will make it possible to value more what is obtained as a result of work, which should also rescue the self-esteem of those who work the land, he considered.

However, it is not an easy task, he explained, as it requires very strong cultural changes, related to productive and eating habits.

He gave the example that this is a country that produces cassava and corn, however it consumes bread made from wheat flour that it must import. Transforming situations like this takes time and ongoing education and communication actions, he said.

These last aspects also play a relevant role in achieving the Plan, said Betto, who emphasized the need for nutritional education to avoid health problems such as morbid obesity, which can become a social problem due to discrimination against these people.