More resistance and doubts about government-opposition truce in Peru 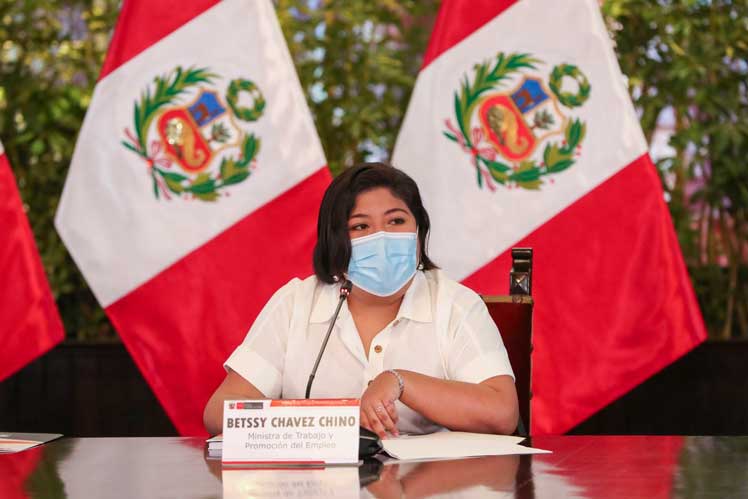 More resistance and doubts about government-opposition truce in Peru

Chávez assumed that position despite the fact that yesterday, within the framework of the truce, the Prime Minister, Aníbal Torres, said he was sure that the minister, who complained in her capacity as a congress member, will agree with the head of the Congress of the Republic , María del Carmen Alva, and will nullify the constitutional accusation.

The complaint, filed two days ago, indicates that Alva violated eight articles of the Constitution by participating in a conspiring coordination meeting that considered options to remove President Pedro Castillo with formal legal measures.

Previously, parliamentarians Silvana Robles and Margot Palacios, from Peru Libre, the ruling party whose bench announced the truce yesterday together with Alva, declared themselves against the truce.

On the other hand, the far-right congressman Jorge Montoya, who participated in the press conference that announced the truce yesterday, hours later stated this was only the “temporary suspension of the fight that we have been waging against the new ministerial cabinet.” .

The relaxation implies ensuring the ratification of the new ministerial cabinet that on October 8 will appear before the plenary session of Congress to present its plans and request the parliamentary confidence that it requires to continue in office.

Analyst Juan de la Puente said the pact “seems late and we don’t know how long it will last” and among the causes of the agreement he pointed out what he considers to be the defeat of the parliamentary opposition.

He added that while the weakened government accepts the truce in pursuit of the confirmation of the Cabinet, that opposition would do so because a survey indicated that 73 percent suggest that, if Castillo were to resign prematurely, the legislature should also be renewed.

Commentator Martín Tanaka, in turn, is sure that the pact will end on October 8, when the ministerial cabinet obtains the confidence of Congress. The next day, he added, “we will return to what we have lived through,” that is, an exhausting political confrontation.