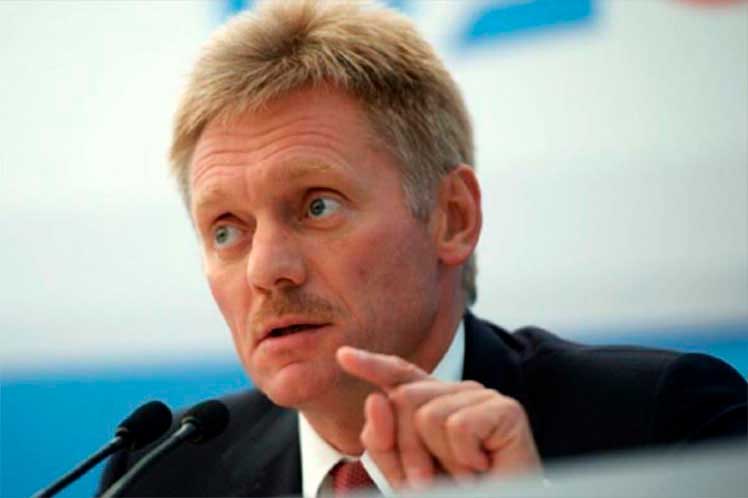 “There will some contacts at the working level, at a high level, at the level of the Ministry of Foreign Affairs levels. We will see”, the official responded to a question from the press on the way in which the exhange of documents and statements about the topic between the parties will continue.

According to the Kremlin press chief, the development of the situation will depend on the negotiation process from now on. “However, in certain way, this idea needs to have its continuation. We will see how it will happen”, he said.

Speaking to RT television channel on Friday, Russian Foreign Minister, Sergey Lavrov pointed out that like the US Secretary of States, Antony Blinken, he is interested in holding a new meeting to discuss security guatantees.

He said the two agreed that when Moscow sends its document and Washington learns the Russian view of the situation, the head of the US diplomacy would be ready to meet.

“We are both interested. This meets our interests and plans”, the Minister of Foreign Affairs stressed.

Yesterday, at a session of the UN Security Council devoted to the problem of compliance with the Minsk agreements, Blinken reported that he had proposed to Lavrov to meet in Europe next week.

This Thursday, the Foreign Ministry published on its Internet site the full text of Russia’s response to the US security proposals, which was also delivered to the US ambassador to Moscow, John Sullivan.

On January 26, Washington and NATO delivered written responses to Moscow’s initiatives on security in Europe. According to the Kremlin, in them the West did not make major concessions to Russia, but outlined areas in which future negotiations could be conducted.