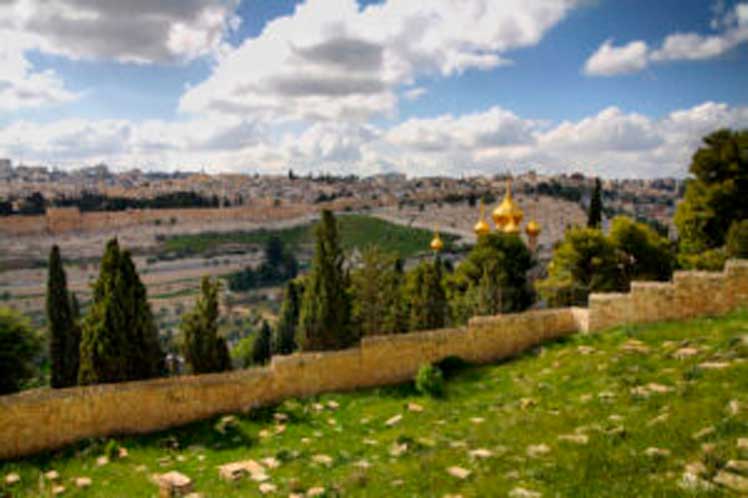 The Times of Israel newspaper highlighted the “fierce opposition of Christian leaders” to the measure, amid strong tensions with the Palestinians due to Israel’s ongoing colonization of the region, which the international community considers occupied by Tel Aviv since 1967.

Plan 101-674788 would expand the boundaries of the Jerusalem Walls National Park to include a large section of the Mount of Olives along with additional portions of the Kidron and Ben Hinnom valleys.

The initiative will be presented to the Jerusalem Municipality’s Local Planning and Construction Committee for preliminary approval on March 2.

According to the newspaper, opponents of the initiative highlight the links of the Committee promoting the plan to nationalist groups trying to expand the Jewish presence in East Jerusalem, including the Palestinian neighborhood of Sheikh Jarrah, and as it was pointed out, human rights groups believe that the planned expansion of the park is part of a broader strategy to surround the Old City of Jerusalem.

Last week the Greek Orthodox Patriarch of Jerusalem Theophilus III; the custodian of the Catholic Church of the Holy Land, Francesco Patton, and the Armenian Patriarch of Jerusalem, Nurhan Manoogian, urged the government to act, stating that under the guise of protecting green spaces, that proposal appears to serve an ideological agenda that denies the status and rights of Christians in Jerusalem.

The religious leaders also sent the letter to the consuls general in Jerusalem of France, Turkey, Italy, Greece, Spain, the United Kingdom, Belgium and Sweden, in an attempt to garner international support.