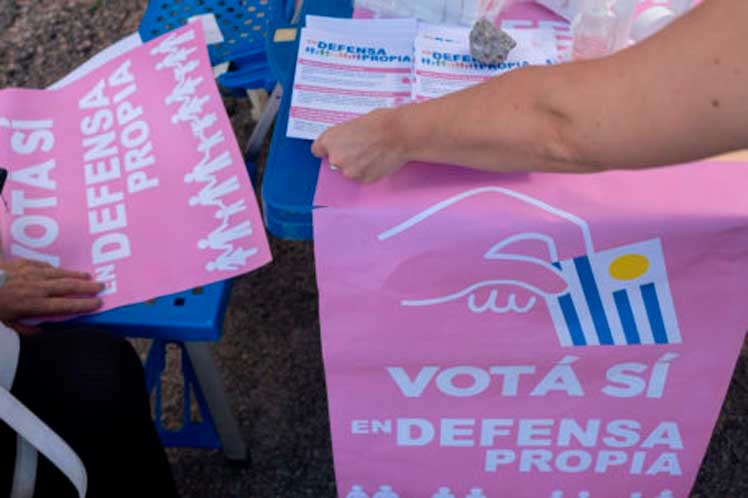 In charge of Consultora Nómade, the poll showed that the 47,1 % of the people questioned declared that they will cast the pink affirmative ballot, while the 42,6 % will oppose with the blue ballot, in the referendum scheduled for March 27.

Meanwhile, a 5,8 % answered that they do not know what they will vote and a 4,6 % prefered not to choose.

Other Nómade results pointed out that men are more supporters of repealing the law, with a 53, 8 % against the 41, 7 % in favor of maintaining the LUC just the way it is.

Week after week, the different pollsters measure trends, and in some cases the Yes side appears better positioned while in others the No side, and on this last occasion 1,500 citizens over 18 years of age residing in all the departments of the country were contacted online between February 4 and 11.

Next Tuesday, a little more than a month before the popular consultation, the first debate of opposing positions will take place between senators Óscar Andrade, of the opposition Frente Amplio and Guido Manini, of the pro-government Cabildo Abierto.