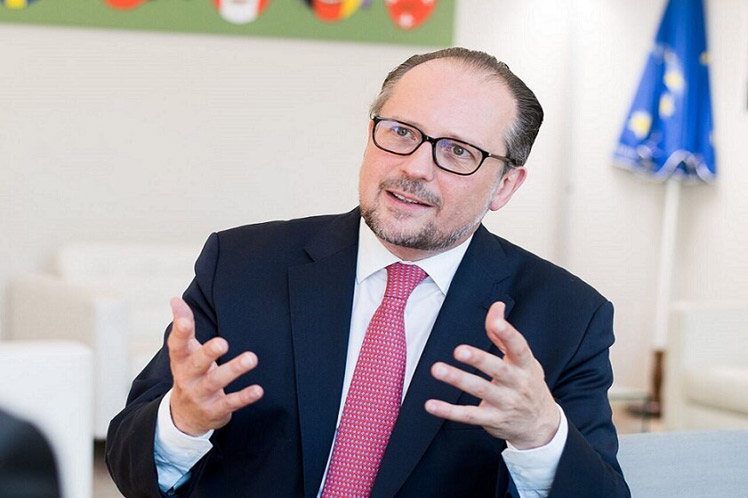 Sanctions are a reaction, a punishment, and cannot be set in advance, Schallenberg said after his arrival in this Belgian city to take part in a meeting of foreign ministers of the regional entity.

His words follow previous statements by the head of EU diplomacy, Josep Borrell, who said that the EU has prepared a package of regulations against Moscow.

Both comments were made in the midst of a Western campaign against Russia for an alleged invasion of Ukraine, a fact repeatedly denied by the Kremlin.

Other actions such as the withdrawal of diplomatic personnel from Kiev or the increase of military troops in the area took place days ago as part of the escalation against Moscow.

In this scenario, countries such as Poland announced their willingness to receive refugees coming from Ukraine.

Meanwhile, meetings are taking place at the highest level to defuse tensions and avoid an armed outcome.

The day before, the spokesman of the Russian presidency, Dmitry Peskov, pointed out that at this moment the slightest spark or provocation on the line of contact, in the Ukrainian region of Donbass, could have irreparable consequences.

The same result would entail “the exercise of announcing every day the date of a military invasion, said the Kremlin spokesman in an interview with the TV channel Russia 1. Later he recalled that his country throughout history “never attacked anyone first and does not even want to pronounce the word war, after surviving so many conflicts”.

Putin blames the West for global impact of anti-Russian measures

Putin blames the West for global impact of anti-Russian measures