BWI in solidarity with Cuba 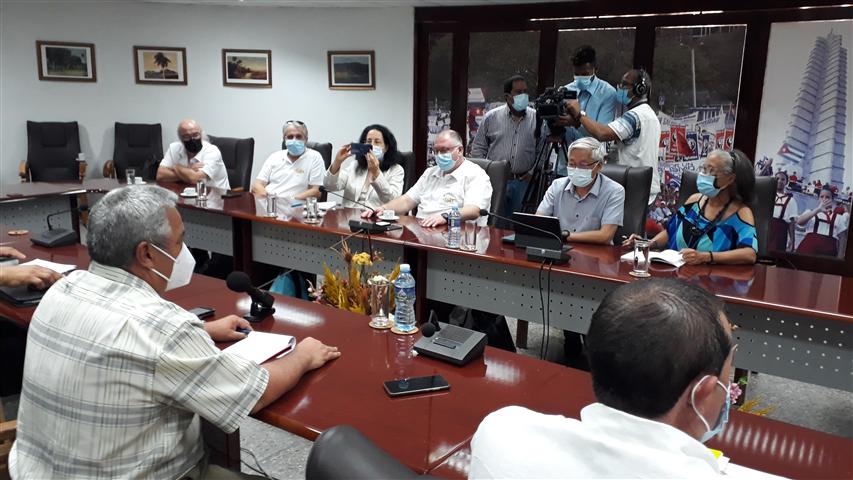 BWI in solidarity with Cuba

In a meeting with Ulises Guilarte, secretary-general of the Cuban Workers´ Federation (CTC, in Spanish), Mr. Yuson said they are currently organizing a global crusade to send medicines and other health supplies to Cuba.

Mr. Yuson announced that Madrid will host the ICM Congress coming October. It will be the first international organization to hold a fully in-person meeting. Among issues to be debated will be “the Solidarity Campaign” to support Cuba.

The BWI leader stated that “it´s quite important to prove solidarity not only on paper and on video, but also in a real way.”

He also said that lots of nations are dealing with coronavirus-derived issues. In the case of Cuba, such a situation “is rather difficult due to the US blockade and terror organizations.”

“We love Cuba. I come here and I always see Cubans laughing, full of hope, so I think that many BWI union members will continue their solidarity campaign opposing the US blockade against Cuba,”Mr. Yuson stressed.

In exclusive statements to Prensa Latina News Agency, Nilton Freitas, BWI Regional Representative for Latin America and the Caribbean, stated that “the US blockade is not paper, but something concrete” for which we understand that “international solidarity must also be real.”

Mr. Freitas also stressed they were strongly supported by WBI union members worldwide, and ” we´re going to get some medicines and other health supplies to send to Cuba, in coordination with the Cuban embassies.”

Mr. Freitas expressed his satisfaction at being able to contribute to a concrete action of international solidarity opposing the blockade and difficulties imposed by the United States on Cuba.

Mr. Guilarte, on the other hand, thanked BWI´s kindness and courage, because coming to Cuba is an “expression of commitment to the Cuban Revolution.”