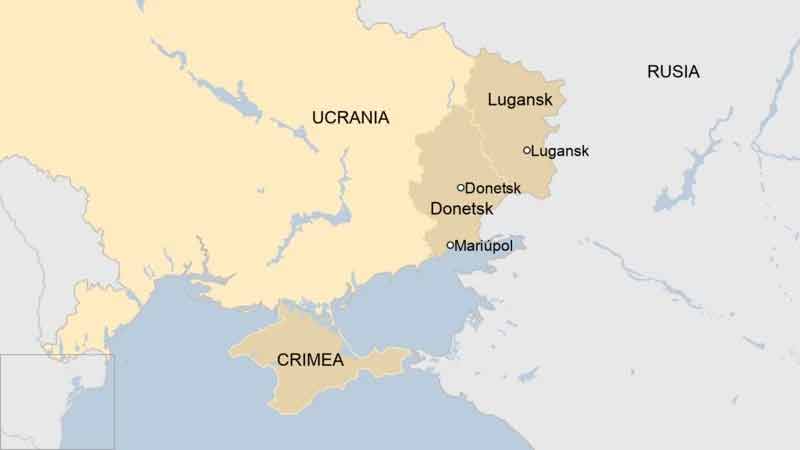 The documents were signed by the head of the DPR, Denis Pushilin, and the RPL, Leonid Pásechnik, who also signed the Treaties of Friendship, Cooperation and Mutual Assistance. “I congratulate you,” Putin concluded, addressing them.

The ceremony took place in the Kremlin, where the president previously intervened in a live television broadcast and the Russian Security Council met, whose members expressed their support for that decision.

The chairman of the International Relations Committee of the State Duma (Lower House of Parliament), Leonid Slutski, stated that recognizing the independence of these territories was the only possible step for Russia, considering how the situation in the Donbass region had worsened.

The deputy also drew attention to the unwillingness of Kiev to implement the Minsk agreements and the orientation of the Ukrainian authorities towards a military solution to the conflict.

“We are saving our fellow citizens from genocide, from physical destruction. This is a truly historic moment,” he stated.

In his address to the Russian Security Council, Defense Minister Sergei Shoigu stated that the words of Ukrainian President Vladimir Zelensky about the desire to return to the status of a nuclear country is extremely dangerous.

The headline warned that after being part of the Soviet Union for years, Ukraine possesses the qualities to create such weapons. “They have the equipment, the technology and the specialists who, in my opinion, have a much better chance in the nuclear arena than Iran or North Korea,” he said.

He recalled that in the documents of the North Atlantic Treaty Organization (NATO), Russia is officially and directly declared the main threat to Euro-Atlantic security.

He warned that the Russian proposals for an equal dialogue on fundamental security issues were left unanswered by the United States and NATO, so the country has every right to take countermeasures to guarantee its own security. “That is exactly what we will do,” Putin stressed.