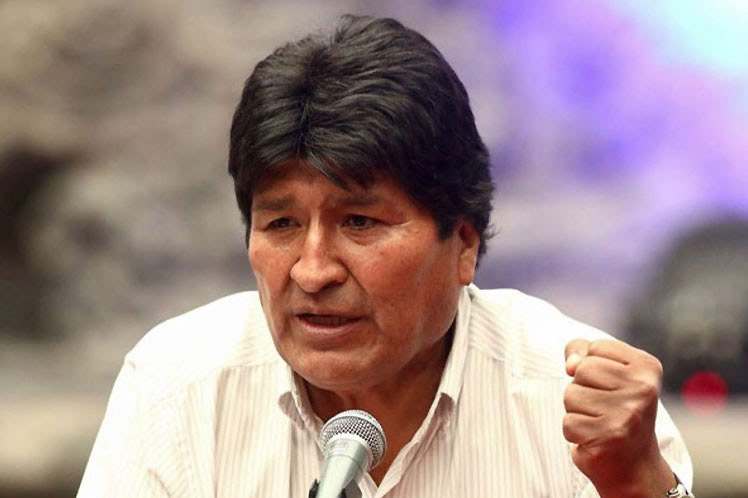 “Now that the existence of the coup was judicially proven, the right wing desperately tries to evade justice with lies and intrigues”, assured in a tweet the leader of the Movement Towards Socialism (MAS).

Referring to an intense media campaign against him with various accusations, Morales added in his Twitter account that in order to divide and destroy the ruling MAS they intend to eliminate him, without taking into account that the strength of social movements arises from truth, dignity, unity and honesty.

Previously, the leader of indigenous origin commented on the social network that “the fact that the ex-commanders of the FAB (Bolivian Air Force) and the Naval Force are accepting an abbreviated process is a confession of their participation in the coup d’état of 2019, it is an acknowledgment of their guilt”.

The former chiefs of the Aviation and Navy, Gonzalo Terceros and Palmiro Jarjury, respectively, were sentenced to three years in prison this February 18 for the Coup d’Etat II case.

During the hearing, the First Anticorruption Sentencing Court of La Paz sanctioned both military officers, who were charged along with former de facto president Jeanine Áñez for the actions taken in 2019 to unconstitutionally seize power.

In the verdict, the two former commanders acknowledged their guilt in the commission of the crimes of resolutions contrary to the Constitution and the laws, and breach of duty in degree of complicity.

Kaliman and Calderón are fugitives.