Russian forces will guarantee security of Donetsk and Lugansk borders 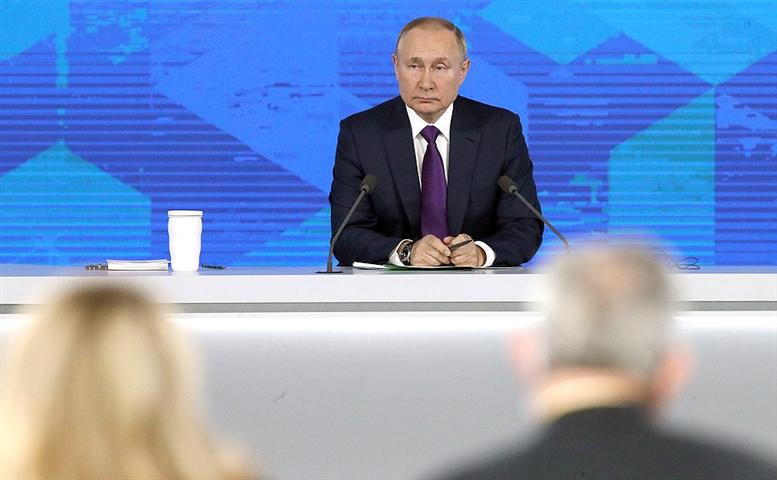 Russian forces will guarantee security of Donetsk and Lugansk borders

According to a Kremlin announcement, in accordance with the request made by the Donetsk and Lugansk defense directorates to fulfill point three of the recently signed friendship and cooperation agreement, it will be necessary to ensure the presence of Russian forces there to maintain peace.

After the arrival in Russia of more than 80,000 civilians from Donetsk and Lugansk republics, amid claims by the rebels of attacks carried out by the Ukrainian army, Putin held yesterday a meeting of the National Security Council, where it was decided to recognize these republics.

Besides, the head of State also instructed the Foreign Ministry to have conversations with Donetsk and Lugansk for the establishment of diplomatic relations, in the midst of Kiev´s rejection towards the decision of recognizing as sovereign these territories.

The agreement signed stipulates that the protection of the borders of the self-proclaimed republics will be carry out jointly by Russian and those regions´s troops. In case of any security danger, consultations will be held, the document states.

For his part, Russian Foreign Minister Sergey Lavrov, labeled the West reaction as expected on his country´s decision on recognizing as independent these Ukrainian republics.

Referring to the call for sanctions against Russia by the European Union and the United States, Lavrov said that “Western colleagues for decades have been in the habit of blaming everything on their country”.

The head of the Russian diplomacy affirmed that his country wil guarantee Donetsk and Lugansk´s security.

Minsk agreements, inked in September 2014 and February 2015 were trampled on by the Ukrainian government right after they were signed by then president Piotr Poroshenko, the official said.

Instead of defending the document to stop war and maintain Ukraine´s territorial integrity, Poroshenko tried to justify himself before his Parliament, Lavrov stated.

He recalled that the former Ukrainian Foreign Minister Pavel Klimkin stated that the Minsk agreements were just a piece of paper that did not commit the neighboring state to its postulates at all.