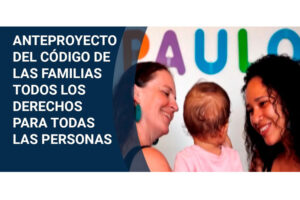 Camagüey, Cuba, Feb 23 (Prensa Latina) Under constant legal improvement of for the welfare of Cubans, the referendum on the draft Family Code is currently making progress in the third most populated city of the country.

Experts such as Diana Rosa Blanco, head of the Civil Right subject at the University of Camagüey, will be involved in the referendum that will run in Cuba through April 30 and which enshrines the most advanced laws globally.

“This code has a constitutional basis as it is, in general, about having a dignified family, protection to disabled people, senior citizens and others. It addresses these premises in an efficient way,” she told Prensa Latina.

Cuba, which approved its most recent Constitution in 2019, will expand its legislation for the sake of all.

“It is a code for everyone, closely related to most laws in our country, such as the Criminal Code. It favors the discussion of domestic violence, crimes against children and minors, health law, assisted human reproduction techniques,” Blanco said.

Regarding the most current aspects of the so-called Code of Affections, “in civil matters there are many modifications of real issues, such as the general housing law, new concepts, all of them more than adjusted to reality,” according to the interviewee.

At the end of the referendum, several proposals will be classified as modifications, as long as suggestions are made to change terms or phrases, besides the possibility of adding or deleting paragraphs.

The principles of transparency, democracy and participation that govern the precepts of the Cuban Electoral Council will be discussed in more than 5,000 places in this region as a preliminary part of one of the key projects for the future of society.