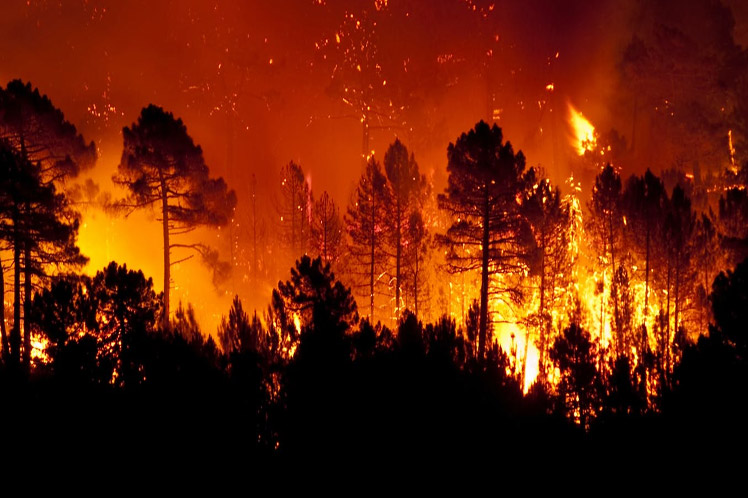 A United Nations report concluded that there are risks of devastating forest fires worldwide in the coming decades as climate change intensifies.

The inquiry is based on a series of deadly fires around the world in recent years that have scorched the American West, vast areas of Australia and even the Arctic.

Prepared by more than 50 researchers, the document considered that the global risk of highly devastating fires could increase by up to 57 percent by the end of the century, mainly due to climate change.

In an assessment of the phenomenon, The New York Times pointed out that the document is a stark warning about the increased heat and dryness that man-made global warming is causing.

The paper noted that in some regions with a long history of bush fires, such as eastern Australia and the western United States and Canada, they have become more intense in the last decade and are ravaging larger areas.

On the other hand, the researchers said that the extreme heat wave experienced by the Pacific Northwest last year almost certainly did not occur without global warming caused by greenhouse gas emissions.

Experts said that under a moderate global warming scenario, the likelihood of extreme and catastrophic fires could increase by as much as one-third by 2050 and as much as 52 percent by 2100.

If emissions are not curbed and the planet warms further, the risk of wildfires could increase by as much as 57 percent by the end of the century, the UNEP document said.

The UN report urges governments to be more proactive about fire risks and invest more in reducing risks.

For example, of every dollar spent in the United States on wildfire management, nearly 60 cents goes to immediate firefighter responses, according to research cited in the report.

Far less is spent on reducing fire risks in advance and helping communities recover so they can become more resilient, the paper noted.