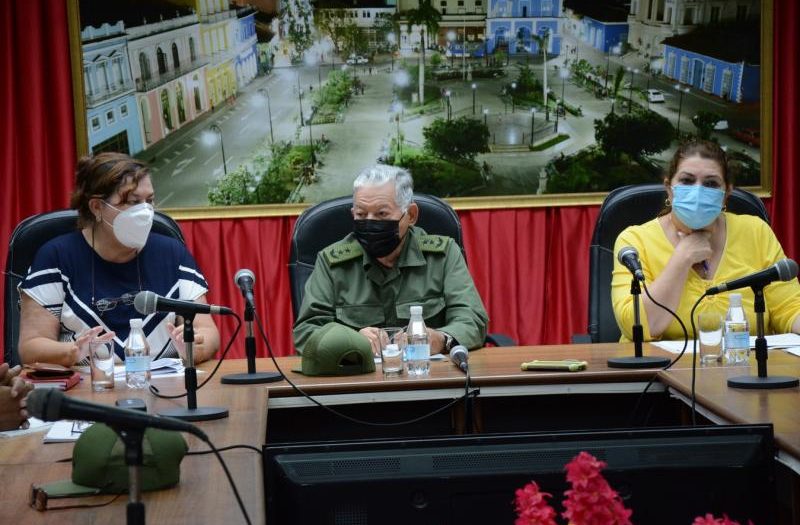 In his conclusions, yesterday, Pardo Guerra said that the companies visited showed interest in getting ready for this activity and emphasized that the province is in a position to continue facing any event related to disaster reduction.

Among the places visited were, in Sancti Spiritus, Don Cayetano, one of the recently created micro, small and medium enterprises (MSMEs),in Sancti Spiritu, dedicated to furniture manufacturing, and in La Sierpe, the Agroindustrial Company of Grains Sur del Jibaro.

In Trinidad, he received an extensive explanation from Reiner Rendon, delegate of the Ministry of Tourism in the province, in which he verified the updating of the plans implemented by the sector to protect the facilities, resources and the lives of tourists.

The Sergio Soto Oil Refinery, in Cabaiguan, was among the places where the chief of the National Civil Defense General Staff visited during a three-day visit to the province.

Likewise, the results of the three sub-commissions in charge of evaluating the level of preparation of organizations, workers and the population in general were also announced.

Besides recognizing the positive aspects, each of them offered their respective recommendations.

Deivy Perez, first secretary of the Party in the territory, said that the teachings of the Civil Defense all these years have allowed to consolidate the results, while Teresita Romero, governor of the province, pointed out that this control allowed to gain knowledge.

The occasion was favorable to remember that next July 31 will be celebrated the 60th anniversary of the constitution of the Civil Defense.