Russia open to dialogue with all countries, according to Lavrov 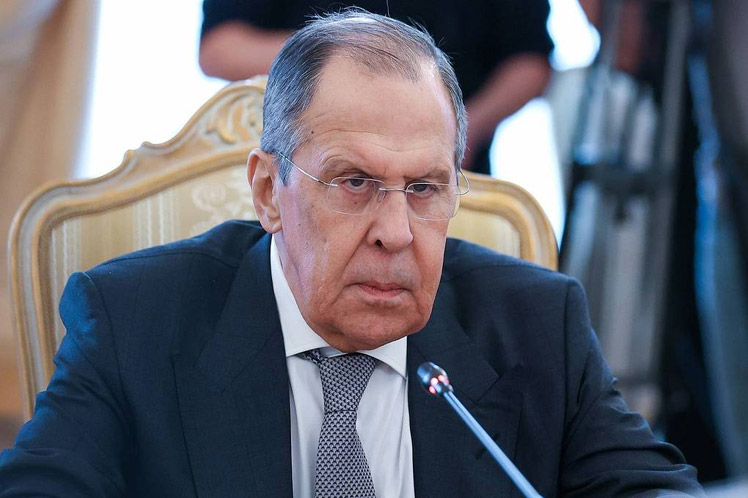 Russia open to dialogue with all countries, according to Lavrov

The top diplomat said that the military operation launched by Moscow in Ukraine is aimed at “ensuring the security of the country and the Russian people”, the website of the diplomatic service reported.

In his opinion, Russian President Vladimir Putin’s statement on the beginning of the actions in that country was focused on the Kremlin’s concern about the militarization by the North Atlantic Treaty Organization (NATO) of territories of states that are not members of the military bloc.

The foreign minister said that NATO’s promotion of its strategies in the Indo-Pacific region is evidence of its desire to expand its sphere of influence around the world.

He noted that Moscow is hopeful that there is still a chance to “return to international law and international obligations” after holding intensive and detailed discussions with the countries of the Atlantic Alliance.

Russia launched a military operation in Ukraine’s Donbass autonomous region today after the authorities of the Donetsk (DPR) and Lugansk (LPR) People’s Republics, whose independence was recognized by Moscow, called for help to repel Kiev’s aggression.

The start of the attack was reported this morning by the Russian president in a televised speech in which he stated that Moscow will try to “demilitarize” Ukraine, urged its military to lay down their arms and warned about the possibility of an immediate response in case of attempts of external intervention in the situation.

The Russian Defense Ministry assured that the Russian Armed Forces do not launch attacks on Ukrainian cities, but against military infrastructure, air defense facilities, airfields and military aviation with high-precision weaponry. He stressed that the civilian population of Ukraine is not threatened.

In view of the current situation, the Ukrainian government decreed martial law in the country, called for financial and humanitarian aid from the international community, while demanding sanctions and “isolating Russia by all means and formats”.