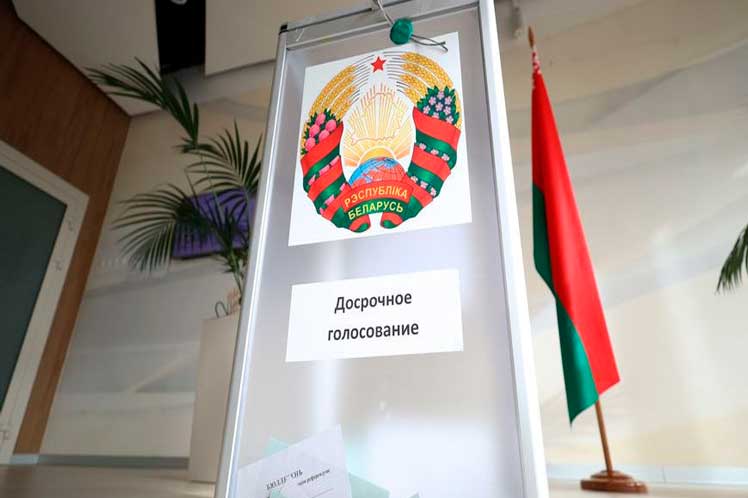 According to what the CEC published on its Telegram channel, 194 international observers, including Western experts, have been accredited as of Thursday. Of that total, 144 people represent the observer mission of the Commonwealth of Independent States (CIS).

In addition, 12 observers were accredited by the electoral bodies of Azerbaijan, Armenia, Russia, Kyrgyzstan, Tajikistan, Uzbekistan and Kazakhstan.

Another four were sent by the Shanghai Cooperation Organization (SCO), two by the Parliamentary Assembly of the Collective Security Treaty Organization (CSTO).

A total of 22 were accredited as independent observers. They are politicians, members of parliament and public figures from Austria, Germany, Spain, Italy, Lithuania, Serbia, Ukraine, Sweden and Estonia, who do not represent observer missions or organizations.

The preliminary draft of the new Magna Carta was drawn up by the Constitutional Commission which began its work in March 2021 and, among several points, the amendments provide for the limitation to two consecutive five-year terms of office of the president of Belarus.

They also provide that no former president shall be prosecuted for actions related to the exercise of his functions.

Other changes relate to the preservation of national identity and sovereignty, cultural and spiritual traditions; and to the protection of historical truth, the memory of the Great Patriotic War and the heroism of the people, as well as the teaching of patriotic ideals.

The amendments propose the creation of conditions for the protection of personal data and ensuring the security of the individual and society in their use, as well as the exclusion of military aggression of the country against others, which gives Belarus the status of a state with a peaceful foreign policy.

Another proposal promotes the strengthening of state responsibility for the development of peaceful nuclear energy, as well as for ensuring safety in the production and use of nuclear energy.

The Belarusian authorities expressed their interest to provide all necessary support for holding the referendum in accordance with the national legislation.