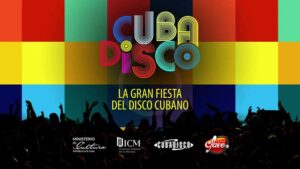 According to the president of the event’s academic committee, Rene Baños, a virtual platform will start operating in early March for this edition, so that all professionals working in Cuba’s music industry in its different branches can sign up.

This will increase the number of people involved in the selection process of the albums, registered in a dozen categories: heritage, academic, jazz (instrumental), songwriting, fusion, urban music, audiovisual, general, singles, among others, which make up more than 30 categories.

Slated from May 14 to 23, the event closed the registration process on January 31 with a total of 312 albums, which will compete first for a nomination and then for one of the prizes.

For approximately one month, the national voters’ guild, made up of experts in record production, music, audiovisual and dissemination, will evaluate the artworks in order to determine who the official candidates for the awards will be, Baños explained.

Twenty-five years after its foundation, Cubadisco distinguishes the technical and artistic quality of each product, as well as the curators’ work, impact on Cuban audiences or culture and originality.