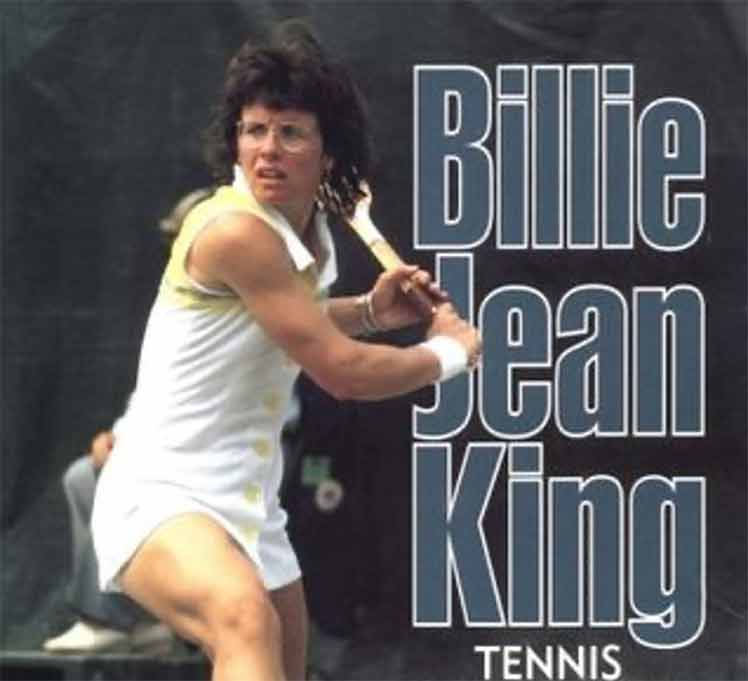 The stages where these battles were fought were famous in the 1970s, when the US tennis star developed an extensive work to defend the cause of women, boosted by a large number of victories on international courts. Cash prizes were much smaller for women, and she wanted to change that.

Born Moffit (she took the name King for her husband Larry) on November 22, 1943, in Long Beach, California, she stood out in a softball team. But her parents wanted a less rough sport, one in which femininity was not affected, and so her father introduced her to tennis.

“After I took my first lesson I knew what I wanted to do with my life,” she said.

Her first crown came in 1961, when she won the Wimbledon doubles with Karen Hantze.

It was also the first of 20 titles won in London, as she won six singles, ten doubles and four in mixed doubles.

Precisely those victories, the last one with Martina Navratilova in 1979, broke the record of most successes in Britain.

Billie Jean’s trophy gallery in Open tournaments is also extensive. She won 13 trophies in the United States, four in France and one in Australia. She is curiously the only woman to have won at the US Open on the four court surfaces where she played: grass, clay, synthetic and cement.

Throughout her career she accumulated 695 victories in singles, in a series that gave her one of the top ten places in the national ranking for 18 years, while in doubles she was for 12 years.

Considered as number one in the world five times, from 1966 to 1972, she was in the top ten for 17 years. She is one of only eight players to have won the titles in singles in all Grand Slam tourneys. She won 39 times in the circuit, adding singles, doubles and mixed.

An important event in her defense of the women’s rights movement occurred in 1973, when she accepted the challenge of a man, Bobby Riggs, a Wimbledon champion in 1939.

Riggs boasted and the so-called Battle of the Sexes began at the Houston Astrodome with a ceremony with much fanfare. Billie Jean took him down with a favorable score of 6-4 and 6-3 double.

Retired from the courts, she did not stay away from tennis. Her many responsibilities included to have been a US team captain at the 1996 Atlanta Olympic Games and the 1998 Federation Cup. In these competitions she set a record of 27 victories in a row in doubles.

The player hated to lose. Victory doesn’t last long, defeat does, was her strange motto.

It is obvious: she is included in the Tennis Hall of Fame.