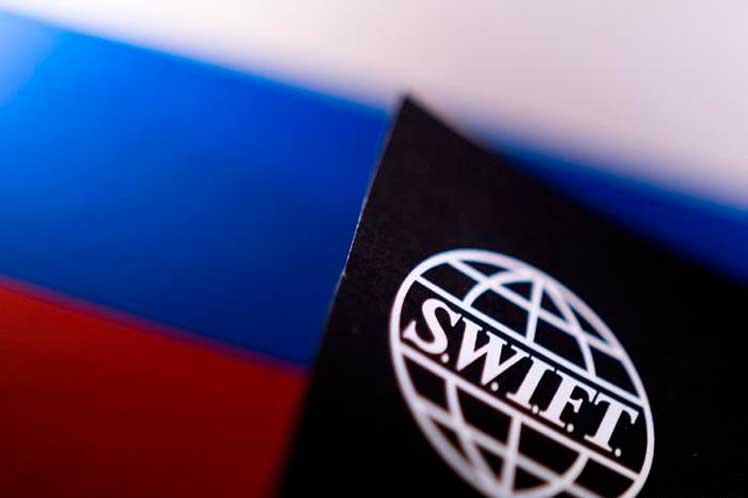 “We are cooperating with the European authorities to learn details of the entities that will be subject to the new measures and prepare to comply after the legal order,” said the Swift statement quoted by the Russian press.

On February 24, Russia launched a military operation in the Ukrainian autonomous region of Donbass, after the authorities of the People’s Republics of Donetsk (DPR) and Lugansk (LPR) requested help to repel Kiev’s aggression.

Earlier, Moscow recognized the independence and sovereignty of Donetsk and Lugansk and signed treaties of friendship, cooperation and mutual assistance with these leaders, which included the establishment of diplomatic relations and military aid.

Russian President Vladimir Putin, in a televised speech, stated that the aim of the operation is to protect the population of Donbass from abuses and genocide by Kiev over the past eight years and to “demilitarize” Ukraine.

The president urged the Ukrainian military to lay down their arms and warned about the possibility of an immediate response in case of attempts of external intervention in the situation.

The Russian Armed Forces launched the attacks on Ukrainian military infrastructure, air defense facilities, airfields and military aviation with high-precision weapons. The Ministry of Defense stressed that the civilian population of Ukraine is not threatened.

The Ukrainian government broke off diplomatic relations with Moscow, decreed martial law in the country, demanded financial and humanitarian aid from the international community, while demanding sanctions and “isolation of Russia by all means and formats”.

The United States, Canada, Japan and the countries of the European Union decided to impose new sanctions on Russia for the situation in Ukraine, targeting not only representatives of the Government, but also its banking, energy, air and space sectors.

According to Putin, Russia does not plan to occupy Ukrainian territories, but to defend the right of the Ukrainian people to self-determination.

He also reiterated that Moscow cannot allow Kiev to acquire nuclear weapons and further militarize itself, which is a danger to Russia’s security. He stressed that NATO’s continued eastward expansion is unacceptable.