Party that launched Castillo’s candidacy assumes his defense in Peru 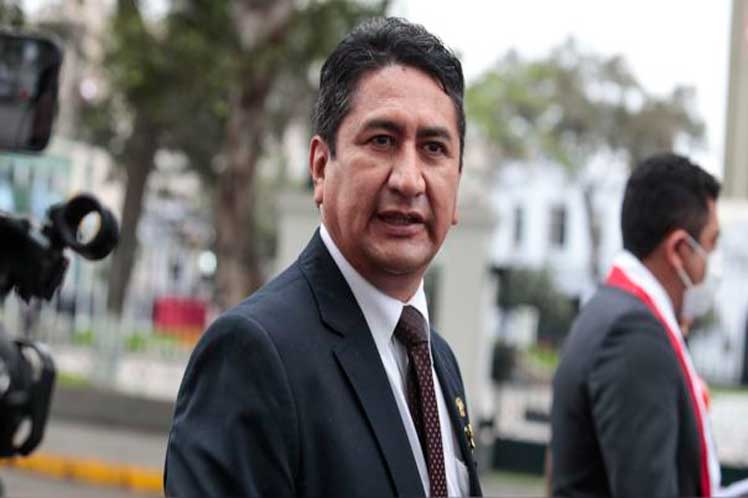 Party that launched Castillo’s candidacy assumes his defense in Peru

Free Peru Secretary General Vladimir Cerron affirmed that his party will fiercely defend “the popular government, because even if it is not from the left, it emanates from democratic will.”

He also rejected what he described as the coup attitude by the forces that are trying to dismiss the president and, at the same time, condemned corruption.

The Free Peru parliamentary bench also rejected “the crude hoax fabricated by the economic power groups and the media concentration to promote the presidential vacancy.”

He described in those terms the leaking to the press of the legally confidential testimony of the businesswoman investigated for corruption, who accused the president of this type of crime, in her eagerness to be a collaborator of the prosecution in exchange for a deferential judicial treatment.

“These actions are promoted by a sector that has lost power and now wants a ‘new ruler’,” the leftist bench added in a statement, in apparent allusion to Vice President Dina Boluarte or the conservative head of the Congress of the Republic, Maria del Carmen Alva.

“Perks and offers are not alien to this type of mafia actions, therefore, we alert the population to identify those who meet secretly with people from the Public Prosecutor’s Office”, he asserted.

He pointed out that those elements, “upon being deprived of power, seek to place a new ruler, which the majority of the country has not elected as such”.

The communiqué supported Castillo’s statement, who questioned the Public Prosecutor’s Office for the access obtained to the text of the testimony of businesswoman Karelim Lopez, who accused the president of being part of a corrupt network in which she participated.