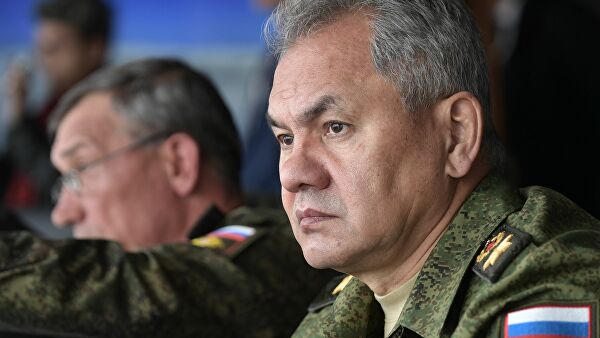 According to the report from the Ministry of Defense, in the special alert phase, the increased guard personnel involve the Strategic Missile Troops, the Northern and Pacific Fleets and the Strategic Aviation Command.

The meeting took place in the context of the military operation launched by Russia in Ukraine on February 24, in response to the request for assistance from the leaders of the Donbass republics.

These forces are designed to deter any attempts at attacking Russia and its allies, as well as to defeat the aggressor in war by using different types of weapons, including nuclear ones, TASS news agency reported.

They have Strategic Offensive Forces and Strategic Defensive Forces. The former are equipped with complex air and intercontinental-range missile systems, and are based on strategic nuclear forces, which include Strategic Designation Missile Troops.

In addition, they comprise non-nuclear strategic forces such as strategic and long-range bomber groupings and units, as well as submarines, surface ships and missile-carrying naval aviation of the Russian Navy with long-range precision conventional weapons.

The Defensive Forces are based on the Aerospace Defense Forces and military capabilities, which include the missile attack warning system, space control system, anti-missile and anti-space defense, as well as the air defense system.

On Sunday, the Russian president ordered that the Russian Army’s deterrent forces be transferred to a special military alert regime in response to aggressive statements by the West.