Russian teams and clubs suspended from all soccer competitions 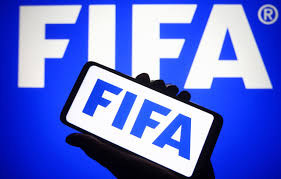 Russian teams and clubs suspended from all soccer competitions

With this measure, the Russian men’s team is excluded from the playoffs and will not be able to compete in the Qatar 2022 World Cup, the women’s team is left out of the European Championship in England and Spartak Moscow, from the Europa League.

The joint resolution of FIFA and UEFA came after the recommendation made this Monday by the International Olympic Committee (IOC), the federations and organizers of competitions, so that they do not invite or allow the participation of Russian or Belarusian athletes or leaders.

The precedent of a similar suspension occurred on October 1, 1992, when FIFA announced the expulsion of Yugoslavia from the qualifying phase for the 1994 World Cup in the United States, as a result of the sanctions against Serbia and Montenegro imposed by the United Nations due to to the Balkan conflict.

Before that, the now-defunct nation had been left out of Euro 1992, in which Denmark, who took their place, won the title.

The Russian men’s team had to play the playoffs to opt for one of the three European places still available for the Qatar 2022 World Cup. Their first match would be played on March 24 against Poland at home.

In case of overcoming it, they would collide, again in their field, with the winner of the duel between Sweden and the Czech Republic on March 29.

For its part, in the Europa League, the Russian team Spartak Moscow qualified for the round of 16, in which it was paired with the German Leipzig, to play on March 10 and 17.

So far the football federations of England, Albania, the Czech Republic, Denmark, Ireland, Poland, Norway, Scotland, Switzerland, Sweden, France and Wales have already announced that they will not face Russia in any competition and category.

According to the IOC decision, already adopted by international federations of other sports, in addition to FIFA, it aims to “protect the integrity of world sports competitions and the safety of all participants.”

According to the highest Olympic body in the world, while Russian and Belarusian athletes could continue in competitions, many Ukrainian athletes are prevented from doing so.

The decision is part of the measures applied against Russia after the start of the military operation by Moscow in Ukraine on February 24 in response to the request for support from the leaders of the Donbass republics, given the increase in attacks from Kiev. .