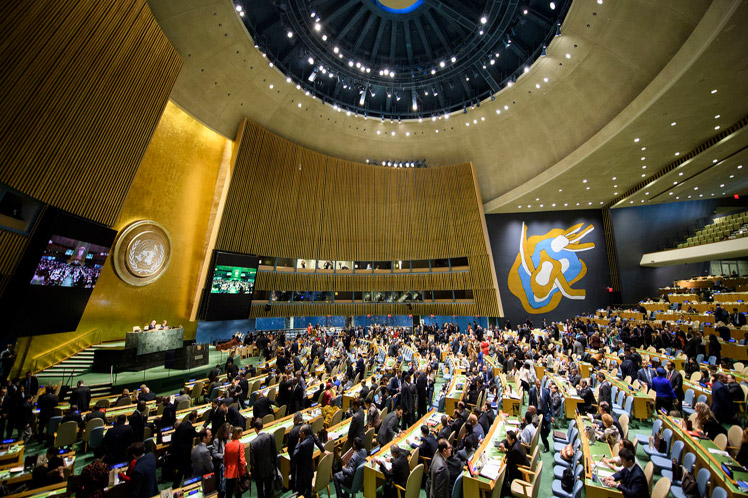 The resolution, promoted by the United States and Albania, was adopted by 11 members, with Russia voting against and China, India and the United Arab Emirates abstaining.

As the UN regulations do not contemplate the right to veto to the Assembly, the document was adopted, despite the opposition of a permanent member of the organization in charge of ensuring international security.

Today, the General Assembly will be convened “in extraordinary emergency session” so that its 193 members can express their opinions on the conflict in Ukraine and possibly present the resolution that was not approved last Friday in the Council.

On that occasion, Russia vetoed the draft resolution and assured that the main reason for voting against that document was not what was included in it, but what was left out.

As Russia’s permanent representative to the UN, Vasili Nebenzia, pointed out at the time, Western countries have turned Ukraine into “a pawn in their geopolitical game without caring at all about the interests of the people.”

For example, he pointed to the fact that those who seized power in Kiev through a coup launched bombs and missiles at populations in the Donbass region and killed civilians.

Russia is against the crimes of the Ukrainian nationalists who have been murdering with impunity for eight years: where was the Security Council when all this was happening, why did they not react, Nebenzia questioned.

Last Thursday, Russia launched a military operation in the Ukrainian autonomous region of Donbass, after the authorities of the Donetsk and Lugansk people’s republics requested help to repel the aggression from Kiev.

Days before, on February 21, the Kremlin recognized the independence and sovereignty of both territories and signed treaties of friendship, cooperation and mutual assistance with those leaders, which included the establishment of diplomatic relations and military aid.

Information about the start of the operation was broadcast on February 24 by President Vladimir Putin in a televised speech, in which he stated that Moscow will try to protect the population of Donbass and “demilitarize” Ukraine.

Since then, Russia has been subject to new and harsh sanctions and also to numerous threats from Western countries, which already has strong repercussions on the global economy such as the accelerated increase in oil prices.