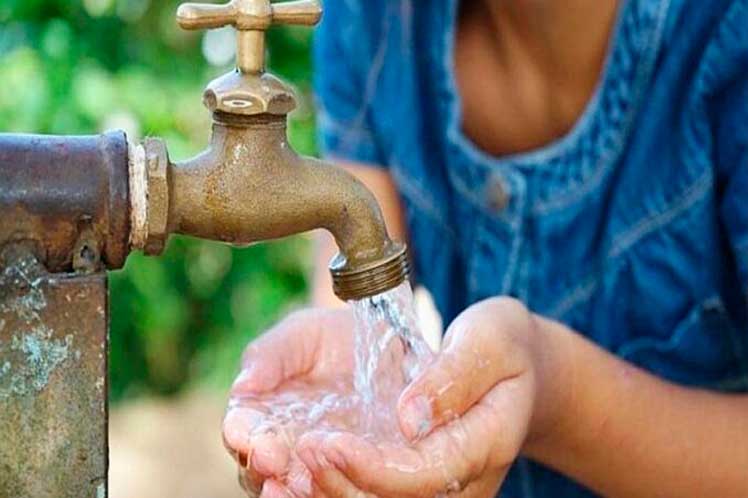 In 2021, 105,252 inhabitants were connected to aqueduct networks, and investments are expected this year to benefit a slightly higher number, according to the meeting of the Institute of Hydraulic Resources.

The entity will prioritize the East-West transfer project with the completion of the second stage of the Levisa dam and the beginning of the third, in addition to irrigating 60 hectares of rice, ten of various crops and more than 1,200 of sugar cane.

Given the impact of the drought on Cuba’s water bodies, the Institute plans to recover the reservoir capacity in the Gramal, Minas, Cidra, Las Nieves and Los Indios dams to around 27 cubic hectometres, as well as intervening in 259 vulnerable neighborhoods that receive drinking water via alternative systems.

Deputy Prime Minister Inés María Chapman stressed that in order to achieve these goals, the Institute must prioritize strategies aimed at substituting imports and seeking solutions based on science, technology, and innovation.

According to official figures, 77.4 percent of the total Cuban population receives water through aqueduct systems, and the aspiration is to raise that figure to 87 percent within nine years.

Around 60 percent of the national sanitation is safely managed, 54 percent in urban areas and 76 percent in rural areas, via infrastructure that allows for proper emptying, treatment and disposal.

The current Cuban Constitution, in force since 2019, recognizes access to water and sanitation as a right, while the Terrestrial Water Law of 2017 orders its integrated and sustainable management as a strategic issue for the country.